Thornville family will light holiday display for as long as possible. 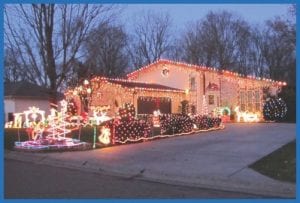 THORNVILLE– Bob and Eileen Parlet have many reasons to maintain their impressive holiday light display for as long as possible. The Parlet’s Craig Drive home is known locally as the “Christmas House” for its roughly 5,000 bulb holiday extravaganza. Bob Parlet, who is 75 years old, doesn’t mind spending three to four days putting the whole thing together each year. Once he and his wife begin assembling it, “We start acting like children again,” he said.

Parlet said he feels like the community has come to expect the holiday display. While he enjoys creating it he also doesn’t want to let anyone down. Particularly, he said, he doesn’t want to disappoint the memory of an ailing young man who lived nearby and delighted in the display every year before his passing. “We do it for Thomas,” Parlet said.

Some feared this would be the last year Parlet would shine a light (or many lights) on Craig Drive, but Parlet said he has no immediate plans of hitting the off switch. “As long as the Lord gives us strength,” he said, “this will not be the last year.” 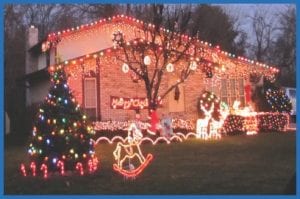 Ironically, Parlet said, he and Eileen spent so much time on their outdoor display that as of Tuesday they had yet to decorate a Christmas tree inside their home. 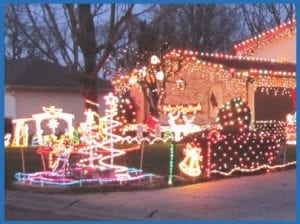 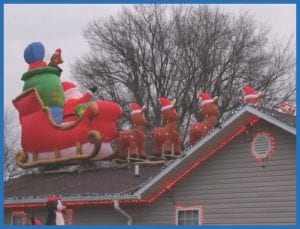 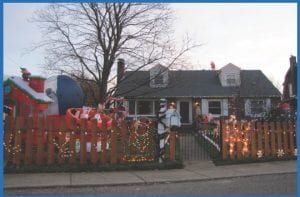 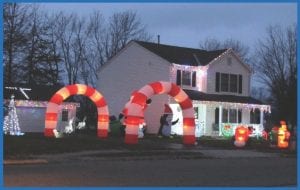