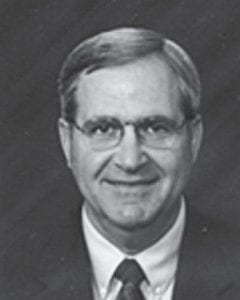 NEWARK – Mike Kennedy, of AJ Parker Real Estate, Inc., was recently one of only six Realtors inducted into the Licking County Board of Realtors Million Dollar Club at the Annual Awards Dinner. The Board’s Million Dollar Club was started in 1974 with four members, and several have been inducted each year since it’s inception. The award is based on sales over a year’s period of time.

Kennedy has been a Realtor with AJ Parker Real Estate since 2003. He is also a licensed Auctioneer with the State of Ohio for 28 years.

A consistent top producer at

AJ Parker Real Estate, his business covers much of Licking County, including Buckeye Lake and Thornville areas, Perry, Fairfield and Muskingum Counties. Sales from representing sellers and buyers plus auctioning of real estate has contributed to his success. Kennedy resides in Thornville with his wife, Beth.