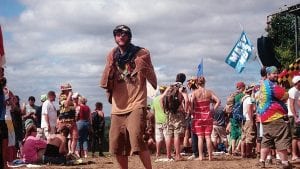 THORNVILLE – So many people have asked me what the massive All Good Festival was like last weekend that, as an attendee and a music festival veteran, I’ll take an opportunity to write in first person. First of all, it’s big. It’s roughly 40,000 people crammed onto a hilltop for four days. It’s also an awful lot of fun for those of us who are into music, camping, and a great excuse to turn off computers and cell phones for a few days.

People ask if it’s a “hippyfest,” and the answer is a resounding yes. I heard an officer referred to it as a “mini- Woodstock,” which is probably fairly accurate, although I’m happy to say I’m a bit young to have attended Woodstock. If I had to guess, I’d say All Good is far better organized and certainly more commercial, but it’s also a massive sea of tents packed with people who generally don’t shower while they’re at the event (to be fair, showers are available for a price, but go largely ignored—hey, that’s just the way it is). I’ve always joked that the camping aspect is what separates those who belong at such an event from those who don’t. If living in a dusty tent for several days doesn’t appeal to you, you’re probably not going to enjoy yourself. 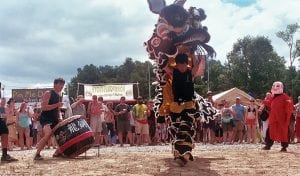 The event is surprisingly peacef ul, consider i ng the number of people confined in a small place in the heat. It’s not perfect; there were about 32 arrests, mainly for drug possession and underage drinking, but I learned through a related story this week that a similar event like Jamboree on the Hills to the east will have literally four to five times the number of arrests, often violent. At least in my experience, rowdy violence at “hippyfests” is just considered poor taste. Most of us are there because we enjoy the peace and shared enjoyment of the music. Sure, that sounds idealistic, but I guess that’s what we’re trying for. 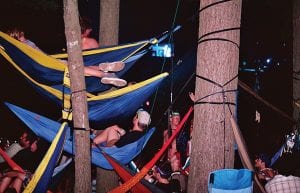 Generally speaking, the music ranges from Grateful Dead spin-off (which, if you don’t know what I mean, I really can’t explain) to reggae and folk-rooted music, with a little electronic music thrown for good measure, and performances are constant on three stages— paradise as far as I’m concerned.

I realize some of the neighbors and SR 13 motorists weren’t entirely thrilled with the event from the outside, but I, for one, had a great time and am really pleased All Good chose Thornville for its new home. 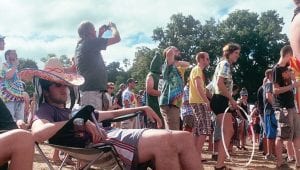 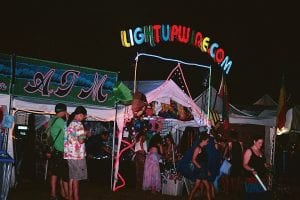 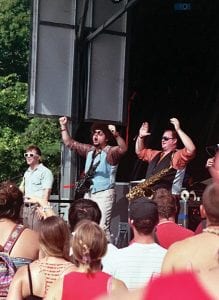 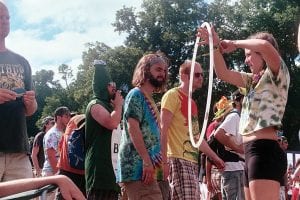 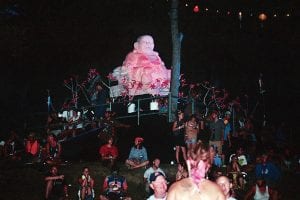 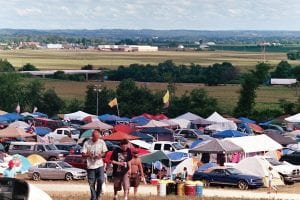