Full steam ahead for Dawes! 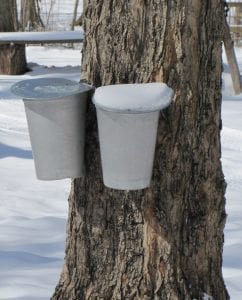 JACKSONTOWN– Dawes Arboretum’s annual Maple Syrup Madness is still going strong this year, even though unusually chilly weather has slowed the flow of maple sap and the actual maple syrup production season may be a little shorter than usual. “We’re still going on,” said Darrell Romine, who oversees Dawes’ maple syrup production. As of Tuesday, Dawes had very little sap flow because the days were too cold for it to begin. However, Romine expected sap to begin flowing the next day and next week the flow should be as normal.

“This has been a bad year so far,” said Director of Horticulture Mike Ecker. “ The best scenario for production is temperatures below freezing at night, sunny and above freezing during the day. With temperatures keeping low as they were, there was no sap flow.”

Ironically, it may fairly soon become too warm to create syrup from the maple sap. “Once the trees’ buds emerge, sap is no longer usable because of bitterness,” said Ecker. “Production is going to hinge on how long before temperatures rise and push bud growth.” 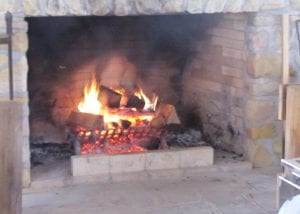 Romine said Dawes’ pushed tapping the trees back a week— t apping usually begins the day after President’s Day—because of the cold, but sap flow has remained “hit and miss.”

But, even though Dawes’ sugar shack may produce less maple syrup than usual this year, tourism is still going strong and most visitors probably won’t even notice the drop in production. “The school groups are still coming through,” said Romine, adding that the first Saturday of Maple Syrup Madness, which runs through March 16, was very popular with tourists, most of whom were probably ready to get out of the house and enjoy the outdoors for an afternoon after being cooped up inside all winter. “It’s just a great opportunity get outside,” said Romine. “People are so sick of the weather. This gives people a little bit of hope.” 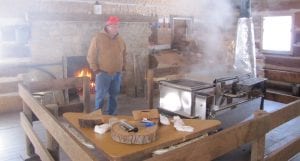 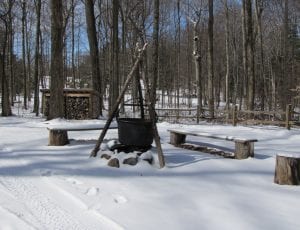 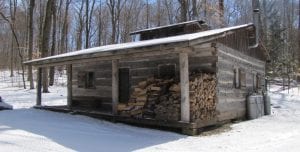