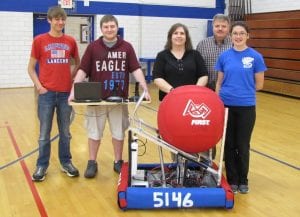 HEBRON– It’s a lot harder to make than it looks, said Lakewood High School freshman Kathryn McGinnis, the only female member of the Lakewood High School robotics team. This weekend, the team travels to Dayton to enter their robot, called “Sir Lancebot,” in the Ohio First Robotics Competition State Championship. This is quite an accomplishment considering Sir Lancebot is Lakewood’s first robot. Earlier, Sir Lancebot earned 33rd place of 44 robots in the Queen City regional competition, and was 23 or 24 robots picked for the state competition. “For being rookies, that’s pretty good,” said Dawn Villares, Lakewood eighth grade science teacher who leads the high school program.

Villares said seven students who worked on the robot attended the regional competition.

McGinnis admits she “didn’t know how to work a ha m me r ” when she volu ntee red for the robotics program, but that didn’t stop her. “I signed up and I liked it,” said McGinnis, who is considering going into the medical field after high school. “I felt like they embraced me as a team m e mb e r.” 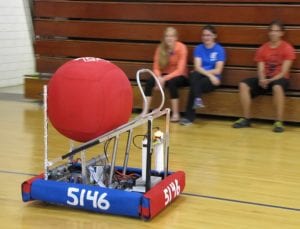 Villares said the robot was an incredible amount of work to create, requiring help from students in Granville and Reynoldsburg, and many adult mentors including Villares’ husband and Lakewood High School computer teacher Randy Miller.

Villares said creating a robot and entering competitions is also expensive and the team has financed itself through grants and donations. All the work and expense is definitely worthwhile, she said, “when you see what these kids have done.”

The robot, which in addition to scurrying around the floor can throw a ball or even manipulate items when its arms are attached, operates remotely on two motors, a 12- volt battery, and a pair of hydraulic cylinders. Villares said in order to keep the competitions fair the robots must be created under very strict guidelines. However, once the teams are at the competition, they all work together to help each other’s robots perform as well as possible. “It’s like a community,” said freshman and team member Cade Plotts. He said the theme of the competitions is “gracious professionalism” and teams who keep to themselves and don’t extend a hand to other teams are actually scored lower. “You don’t do as well if you help other teams,” Plotts s a id . 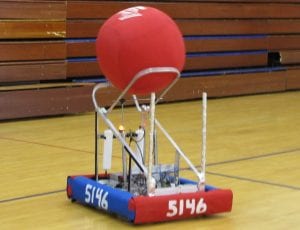 Villares said one of her goals is to grow interest and membership in the robotics program. In particular, she said the program needs donations and desperately needs adult mentors. 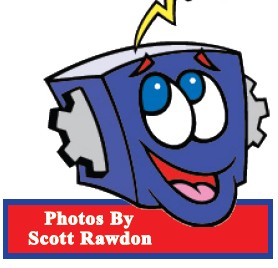 Plotts said current team members are young and he looks forward to whatever the future has in store for the group. “ It’s on ly goi ng to to get better,” he said.