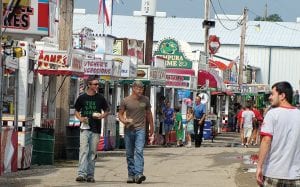 NEW LEXINGTON – Have you ever wondered what it’s like to be stuck in a small trailer behind a red-hot grill on searing hot days? Lauren Cortelletti, a University of Akron student who works in a Gentille’s Carousel of Foods vending booth summers, knows all too well. “It’s really hot. This one doesn’t have air conditioning,” she said. “New Lexington is always the hottest fair of the year.” Cortelletti said that so far this summer, she’s worked at the Marion and Richland county fairs, the Norwalk Raceway Park, and the Bucyrus Bratwurst Festival among other places before spending this week cooking Stromboli and other Italian food at the Perry County Fair. She takes frequent breaks and drinks plenty of water to weather the heat, which weather.com predicts to last all week.

“ After a while you just block it out of your mind, do what you have to do,” said Ron Cornett, bubbling fryers half surrounding him in a French fry vending booth. Cornett, who’s worked the booth for 14 years, said some of the new employees find it difficult to toil over fryers on hot summer days. “ But, after the third or fourth week, you get the rhythm,” he said. Cornett said fatigue, not heat, can be most challenging aspect of his job. Often, after a long day of preparing fried foods, the vending booth must be torn down, and then transported overnight to the next venue, where it’s set up to be ready to fry that morning. “You get two hours of sleep, then you have at it,” said Cornett, who’s staying at the Perry County Fair for six days. 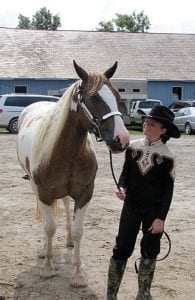 Maureen Love is a little more chilled. She serves icy “snow cones” from her booth, whose inside temperature is far less than the booths selling Stromboli and French fries. She said some rains that cooled the air affected her business earlier in the week, however, “ the humidity always brings them back.” Love said she can’t freeze too much ice during the day, because it’s so hot outside that ice that’s not immediately served as snow cones melts quickly and no longer works as a cone. Love looks forward to late evenings. “It cools down and feels really good,” she said. 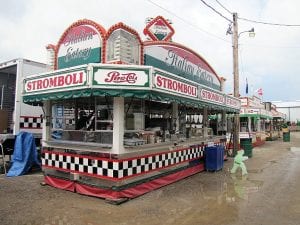 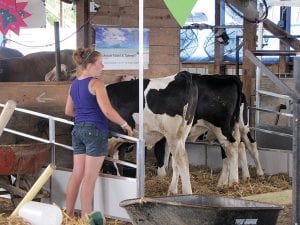 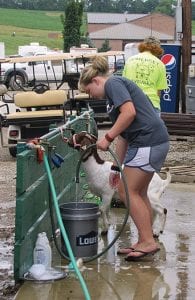 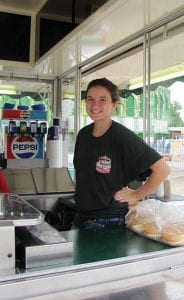 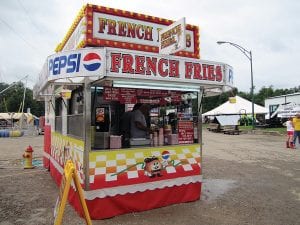 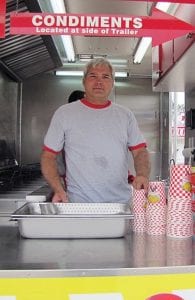 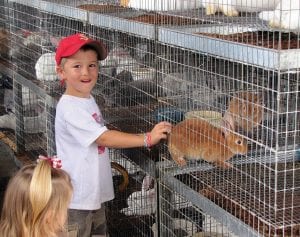 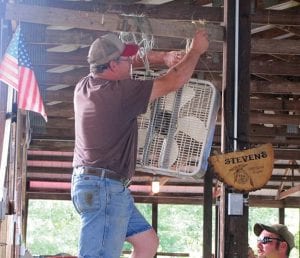