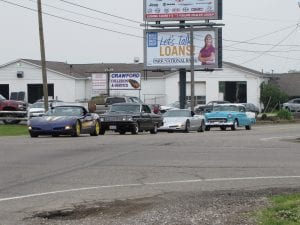 Fans were treated to a steady stream of classic cars for hours on Tuesday as the Hot Rod Magazine Power Tour traveled from Charleston, WV to Norwalk, OH via Ohio 37. Beacon photos by Scott Rawdon.

Each year, thousands of vintage vehicle enthusiasts drive from Concord, NC to the Wisconsin Dells on a seven-leg journey, which, Tuesday, took them from Charleston, WV to Norwalk, OH, via the Buckeye Lake area.

Classic car fans were armed with lawn chairs, cameras, and coolers along Ohio 37, where the tour passed through Luray on its way to Norwalk.

According to a Hot Rod Power Tour fact sheet, the Tour is widely considered to be the finest highend automotive tour in the world. The seven-day, seven-city tour covers more than 1,500 miles thru seven states. The event attracts more than 4,500 cars (although about half will only complete sections of the journey), grabs the attention of over 75,000 spectators, and includes more than 50 of the nation’s premiere automotive and aftermarket manufacturers to generate a nationwide buzz in the automotive enthusiast market. All makes and models of hot rods, street rods, custom trucks and street machines are along for the ride. 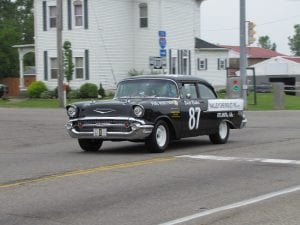 Those who travel from the start to the finish are termed “Long Haulers” and they wear this title as a special badge of honor. 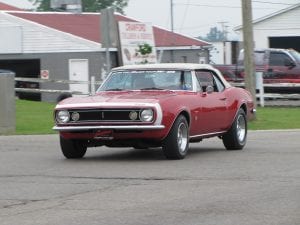