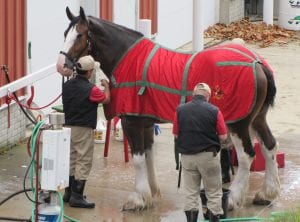 LANCASTER– Six years of extreme effort came to fruition for Fairfield County Fair Manager Dave Benson as this year the fair welcomed the Budweiser Clydesdales for the first time ever in Fairfield County. “It took a lot of persistence—letters, phone calls, emails to Anheuser- Busch,” he said. “I started on this back in 2008. This is a sign that persistence pays.”

The Clydesdales and their entourage arrived at the fair Monday, but weren’t officially ready for public viewing until Wednesday, although that didn’t stop curious onlookers from watching the impressive equines being bathed and prepped on Tuesday.

There was no shortage of people wanting their photos taken with the famous horses as they were walked in and out of the AAA barn, which served as their home base for the week.

According to information A n heuser- Busch provided, the Clydesdale breed had its beginnings in the United Kingdom. Farmers living in the 19th century along the banks of the River Clyde in Lanarkshire, Scotland, bred the Great Flemish Horse, the forerunner of the Clydesdale. These first draft horses pulled loads of more than 1 ton at a walking speed of five miles per hour. Soon their reputation spread beyond the Scottish borders. 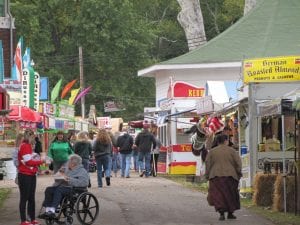 In the mid-1800s, Canadians of Scottish descent brought the first Clydesdales to the United States where the draft horses resumed their existence on farms. Today, the Clydesdales are used primarily for breeding and show.

The Budweiser Clydesdales have been the symbol of Anheuser Busch for more than 75 years. They were formally introduced on April 7, 1933, to celebrate the repeal of Prohibition for beer. August A. Busch Jr. and Adolphus Busch III presented a hitch of horses to their father to celebrate the day. To their father’s delight, the hitch thundered down St. Louis, Missouri’s Pestalozzi Street carrying the first case of post- Prohibition beer from the Anheuser-Busch brewery.

To qualify as a Budweiser Clydesdale, the horse must be a gelding at least four years of age, stand 72 inches at the shoulder when fully mature, weigh between 1,800 and 2,300 pounds, have a bay coat, four white legs, a white blaze, and a black mane and tail.

Each hitch horse consumes as much as 20 to 25 quarts of whole grains, minerals and vitamins, 50 to 60 pounds of hay, and 30 gallons of water per day.

Driving the combined 12 tons of wagon and horses during the parades, Wednesday through Saturday, requires expert skill and physical strength. The 40 pounds of lines held by the driver plus the tension of the horses pulling creates a weight of over 75 pounds. Hitch drivers endure a lengthy training process before they assume the prestigious role of “Budweiser Clydesdale Hitch Driver.”

Each harness and col- lar weighs approximately 130 pounds. The harness is handcrafted with solid brass, patent leather, and stitched with pure linen thread. The harness is made to fit any Clydesdale; however, collars come in various sizes and must be individually fitted to the Clydesdale like a finely tailored suit. 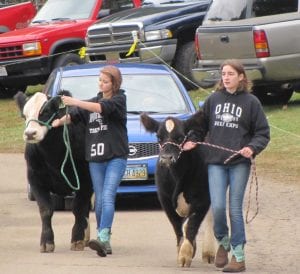 Clydesdale horseshoes measure more than 20 inches from end-to-end and weigh about five pounds, which is more than twice as long and five times as heavy as the shoe worn by a light horse. A horse’s hoof is made of a nerve- less, horn-like substance similar to the human fingernail so being fitted for shoes affects the animal no more than a manicure affects people.

Even though the first Clydesdale parade wasn’t until Wednesday, there were still plenty of equine thrills at the fair Tuesday with the annual draft horse pull competition. Benson said this year’s fair had many new features as well, including a powerwheeled demolition derby for the kids, and a “Run ‘til the Cows Come Home” two-mile walk/ run around the fairgrounds early Saturday morning.

According to the fair’s website, the first Fairfield County Fair was held at Lancaster, during the second week of October, 1851, in a field owned by John Reber. This location was west of North Columbus Street and south of the Reservoir. The first exhibition was quite successful and, consequently, Reber was vested with the power to purchase a permanent Fairground. 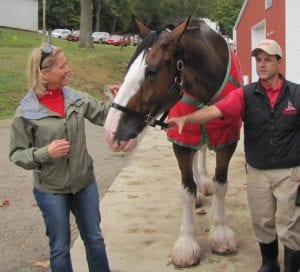 Reber purchased approximately fourteen acres lying at the foot of Mt. Pleasant on its western side and north of Lundy’s Lane‚ (now East Fair Avenue). The 1852 Fair was held on the new location.

As the purpose of the society was the improvement of agriculture and domestic manufacture, cash premiums were offered for the best livestock, grain, vegetables and other products of the home and shops.

By 1876 the fairgrounds had expanded to 22 acres with the following buildings thereon: two amphitheaters, each 104 feet in length, a floral hall, livestock stalls, a bandstand and other miscellaneous structures.

Fairfield County is the last county fairs in the state for the season, but Benson said the October opening makes perfect sense. He explained that produce is at its peak in October and farmers historically have had time to participate in the fair following harvest. So, it’s better to hold the fair in autumn than in the middle of summer, when produce is still growing and those involved in agriculture are extremely busy. 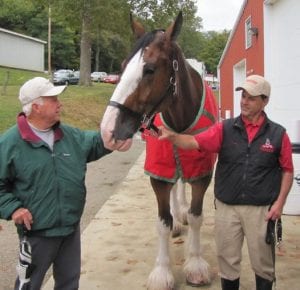 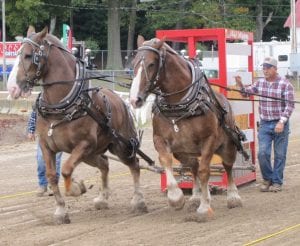 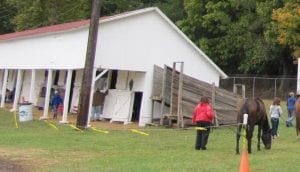 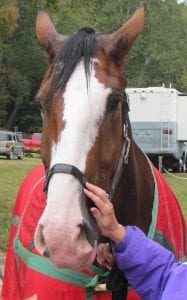 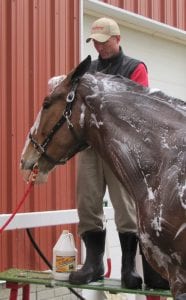 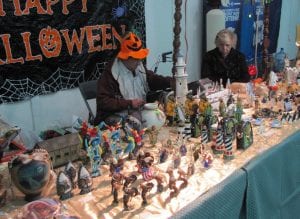 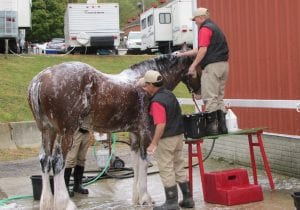 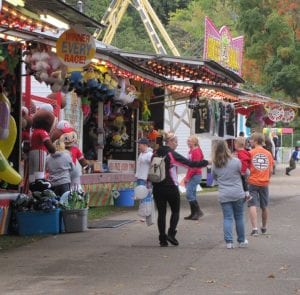