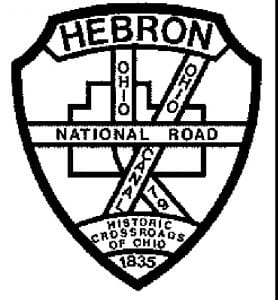 Its deteriorating asphalt and gravel surface has been removed and replaced with top soil. “We’re gonna get some grass growing there,” Mayor Mike McFarland told council members at their June 22 meeting.

McFarland would like to incorporate some historical items into the design.“I would hate to see it just turn into a grass field,” he added. McFarland would like to get an architect to put together some ideas for residents and village officials to review. Once a design is selected, McFarland wants to break off specific pieces and seek donations to fund them.

He is anxious to get started. “I don’t want to postpone while we try to figure out what perfect is,” he said. “I would like to turn an architect loose sooner than later.”

Council members agreed to create a Downtown Greenspace Design Group to get the process started. McFarland will appoint both council members and interested residents to the group. Council President Jim Friend and council member Tom Marietta both volunteered to serve on the group. Village Administrator Ralph Wise will be an ex-officio member.

Interested village residents are encouraged to express their interest to administrative assistant Christina Furbee at 740-928-2201 by Friday, July 15. The group’s first meeting will be scheduled once the group’s membership is set.

In other business June 22, council members unanimously awarded its residential waste collection contract to Adkins Disposal. The contract will begin February 1, 2017 and run through June 30, 2019. Adkins will keep Monday as Hebron’s trash day.

McFarland wants council members and residents to talk about some alternatives to the current village logo shown nearby. He said he is willing to take “the heat” for raising the issue. McFarland believes it should be reserved for the police department as it appears to be a badge.

“We’ll take our time and get some feedack,” he said. “It doesn’t say anything about economic development. Just give it some thought.”

In his report, Wise said the Licking Park District has awarded a $33,000 contract to Gosnell Services of Hebron to construct the sidewalk and trailhead to connect Hebron’s Canal Park to the Ohio Greenway Trail. The work should be done in 30 to 60 days.

He also reported that DLS plans to build 50 – one-bedroom, market rate apartments on Canal Road. The Planning and Zoning Board will review the preliminary site plan at their Monday, July 11, meeting.

Wise said the sidewalk consultant contract for the North High Street sidewalk project has been delayed until a budget amendment is approved. The original estimate for design and engineering services in 2012 was $60,000. Jobes Henderson now estimates costs at $120,000. State and federal highway funds will pay 80 percent of project costs including design and engineering. The project won’t start for several years but will mirror the recently completed South High Street sidewalk project.

Council members unanimously suspended the three reading rule after the second reading of an ordinance waiving the residency requirement for newly appointed Police Chief Larry Brooks. Former Police Chief D. James Dean who retired May 13 did not live in the village.

Police Lt. Richard Carson announced that the village’s joint application with the Village of Buckeye Lake for a grant to purchase a new SUV cruiser for each department was unsuccessful.