After a brief rest, they head out at about 9:45 a.m. with the Lakewood Marching Lancers band for a nearly half mile march from their Water Street Legion Hall to Hebron Cemetery. Hebron Post Commander Brandon Daubenmire addressed the hundreds who turn out each year to remember and honor the sacrifices our Veterans have made for our freedom. Daubenmire reminded the crowd, “Freedom isn’t free.”

He related several accounts of the ultimate individual sacrifices made since World War I. The poem On Flanders Field The Poppies Grow was read and three wreathes were placed on the Veterans’ Memorial. Beacon photos by Charles Prince. 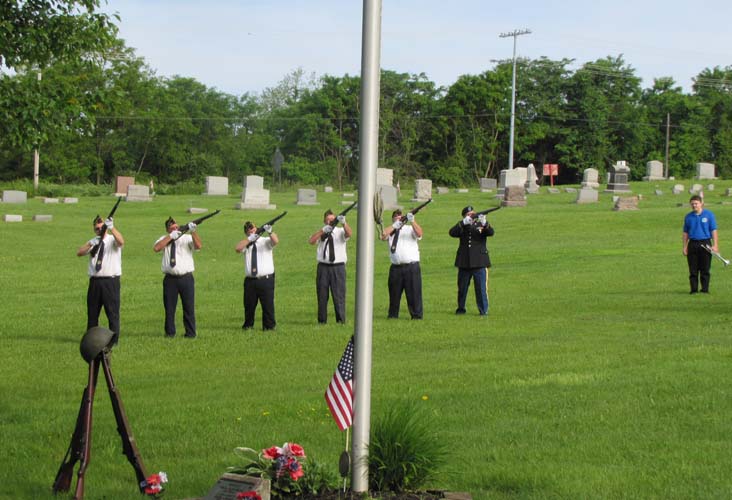 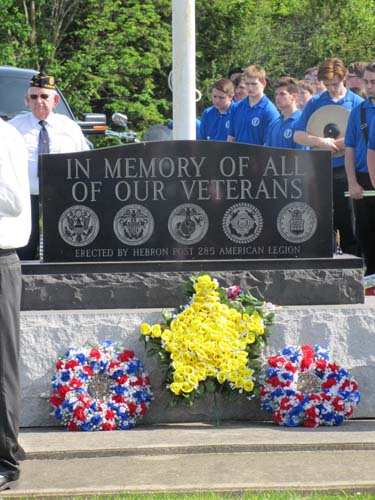 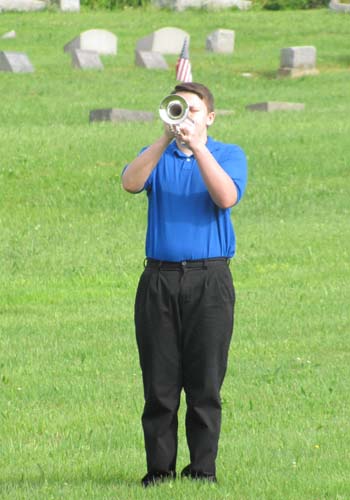