Eriq Shaw of Columbus is the department’s first full-time hire, Police Chief Larry Brooks told council members. Until now, full-time officers have been promoted from part-time or auxiliary status. It has become difficult in the last couple of years to find auxiliary (unpaid) or part-time officers who can pass the department’s extensive background tests. “Very few make it this far,” Brooks added. Shaw replaces Police Officer James Farmer who resigned in June after eight years service to join the Newark Police Department.

In other business September 27, council members unanimously suspended the three reading rule and adopted an ordinance authorizing a contract with Law General Contracting/Extreme Asphalt to repave North Street from North High Street to Ninth Street. Law was the lowest bidder at $99,979.66, which is just a few dollars short of the $100,000 that the village allocates annually for repaving. The repaving will be done after the North Street culvert is replaced.

Council members also unanimously suspended the three reading rule and adopted an ordinance authorizing a contract with McConnell Contracting of West Lafayette to replace the North Street culvert. McConnell was the lowest bidder at $113,563 which was considerably below the estimate. The Ohio Public Works Commission had previously awarded the village a $120,000 grant for the project. As part of the grant application, Hebron had pledged to pay 26 percent of the project’s cost. The village will still be responsible for 26 percent of the reduced cost, Village Administrator Ralph Wise said. However, Wise believes, that unless some change orders significantly increase the cost, the village won’t need the $40,000 loan that was available with the grant. Both projects are expected to be finished yet this year.

Removing a large tree and stump at the corner of Parks and Mound streets will cost $2,350. Wise reported that Morehouse Logging submitted the lowest bid to remove the tree for $2,000. Chief’s Tree Service will remove the stump for $350.

Council members also unanimously approved spending up to $42,000 to purchase a new half-ton pickup truck for the fire department. The truck will be purchased off the state bid list. The only half-ton pickup truck on the state list is a 2019 Dodge Ram. Council members also agreed unanimously to enter into a three-year agreement with Lexipol to write and manage the department’s policies. The consultant firm will make sure the policies comply with state laws and regulations and any mandatory national standards. The contract includes a weekly quiz for firefighters.

Fire Chief Clifford Mason thanked the police department for their assistance on two recent emergency calls. Medics recently responded to a report of an injury from a domestic dispute. A man there tried to slug a paramedic and it took all three police officers present to subdue him. He was taken to jail and now faces assault charges. Officers also assisted medics on a call about a man who had passed out on a back porch from an overdose.

In his report, Wise said Community Development Coordinator Linda Nicodemus’ hard work paid off as the village learned that FEMA has approved a $207,000 grant to restore wetlands in Sunny Acres. The village must provide $69,000 in matching funds or in-kind services for the project. Council members approved a resolution at their October 10, meeting to accept the grant.

Wise reported at the October 10 meeting that Hebron has three projects in the 2020-23 Transportation Improvement Plan. One is the extension of the High Street sidewalk from Main Street to Enterprise Drive. Its been in the works for three years now and will be constructed in 2019. The second one is replacing the drainage culvert under US 40 near the former village hall. Wise said preliminary engineering needs to start next year to complete the project in 2021 and 2022. The new project is resurfacing North and South High Street and Enterprise Drive from North High Street to Ohio 79. That work will be done in 2023 and will likely require a 20 percent match from the village.

Council member Scott Walters reported that Project Construction of Hebron has completed some design drawings for the village’s green-space lot at the northwest corner of Main and High streets. The plans include a concrete pad in the center in the shape of Ohio with a 16 foot by 16 foot pergola, a diagonal walkout representing the Ohio Erie Canal and an east-west walkway representing the National Road. Council members unanimously agreed to take the next step and seek quotes for the work. Council member Tom Marietta said he and some friends will erect the pergola. Walters believes the work can be completed yet this year.

Council’s next regular meeting is set for 6:30 p.m. on Wednesday, October 24, at the Hebron Fire Department on Basin Street. 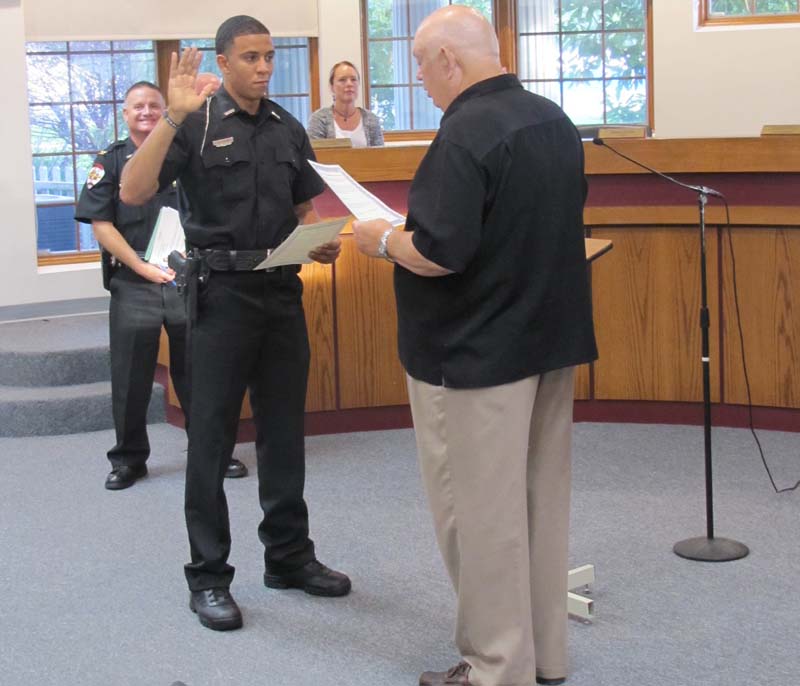 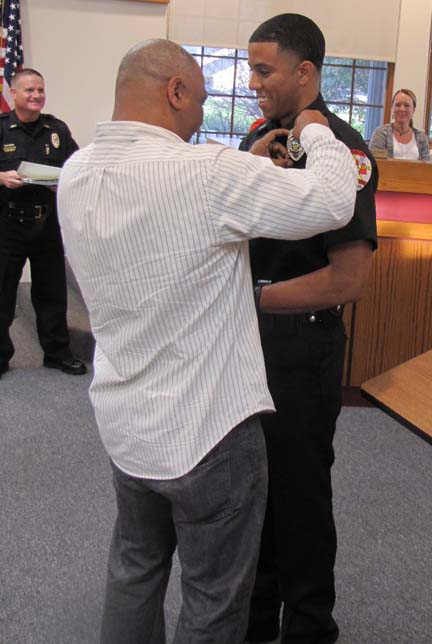