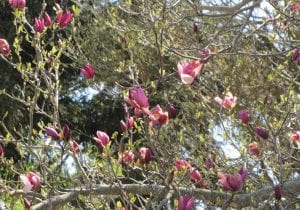 Jacksontown – So far, this spring’s wacky weather has not damaged any of Dawes Arboretum’s foliage, said Executive Director Luke Messinger; however, no one is exactly sure of what this year’s inconsistent season has yet to offer. “Everyone’s heard the expression, if you don’t like the weather in Ohio, just wait five minutes,” Messinger said.

Messinger said people may perceive this spring’s temperatures as being highly irregular—even seeing snowfall in April— but that’s likely because we experienced such warm temperatures early in the season.

“It’s really not that different (from previous springs),” Messinger said. “We started off early with warm weather. It’s not atypical to have frost in the middle of May.” He said the early warm weather helped flowering trees, such as Magnolias, offer spectacular displays this year, although the recent cold temperatures are browning some of the existing blooms. But, “There are still plenty of blooms coming (elsewhere in the arboretum),” Messinger said. 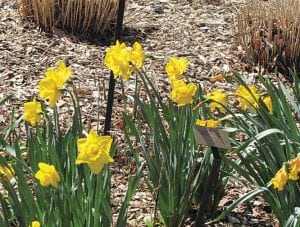 Should anyone have questions about their own plants’ health, Messinger encouraged people to contact Dawes’ Plant Clinic, generally open Monday through Saturday. He said the best idea for people with questions is to take a picture of the foliage in question and email the photo and the concern directly.

Plant Clinic is designed to help people who have any type of plant or tree-related question. Plant Clinic is available Monday through Saturday, 8 a.m. to 4 p.m. Those with questions may stop by the visitors center and a staff member will call the Horticulture expert into speak with them, or call (740) 323-2355 or (800) 44-DAWES, or email information@dawesarb.org.

National Weather Service meteorologist Brandon Peloquin said the next couple weeks would continue to be colder than normal, with the possibility of snow this weekend. “We’re certainly in a below average pattern,” he said.

Peloquin said the Columbus area usually experiences highs near 60 and lows near 39 degrees this time of year. As of Wednesday, he said the next two weeks would continue to offer below average temperatures. While it’s difficult to predict beyond two weeks, Peloquin expects temperatures eventually to return to normal and possibly become higher than average as the season progresses. 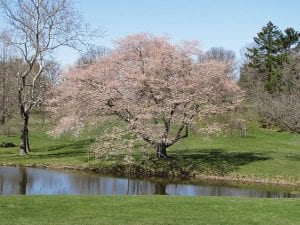 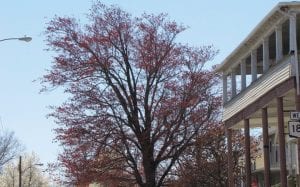 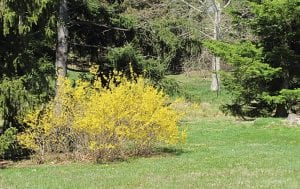