Stried, after recounting Lakewood’s five state softball championships and perfect 8-0 record in the state semi-finals, said, “Not a lot of people were predicting you would be playing on the last day.” He also noted that Lakewood had defeated the defending state champion and 28 – 0 LaGrange Keystone in the semi-final. The Wildcats had won 62 games in a row until they ran into the come-back Lady Lancers.

Last Thursday’s rain suspension of Lakewood’s semi-final game with Keystone until Friday morning after an inning cost the Lady Lancers a day of rest. Jonathan Alder wrapped up their semi-final on Thursday.

Pitcher Krislyn Bayles, who closed out the 4-3 win over Keystone on Friday, started in Saturday’s final. The Pioneers jumped out to a quick 3-0 lead in the first inning on three singles and two Lakewood errors.

With the score 3 – 0 and one out, Coach Jon Griffith replaced Bayles with Katie Chittum who struck out the first batter she faced. A fly ball to right ended the inning.

The Pioneers took the bat out of the hands of Lakewood’s top slugger, Tigan Braskie, intentionally walking her on her first two times at the plate.

Lakewood was held to three hits. Jonathan Alder had 11. Lakewood played error-free after the first inning; the Pioneers had three errors. The Lady Lancers left six runners on base compared to seven for Alder.

Lakewood finished the season at 27 – 5 and Alder improved to 29 – 1 for their first state championship. 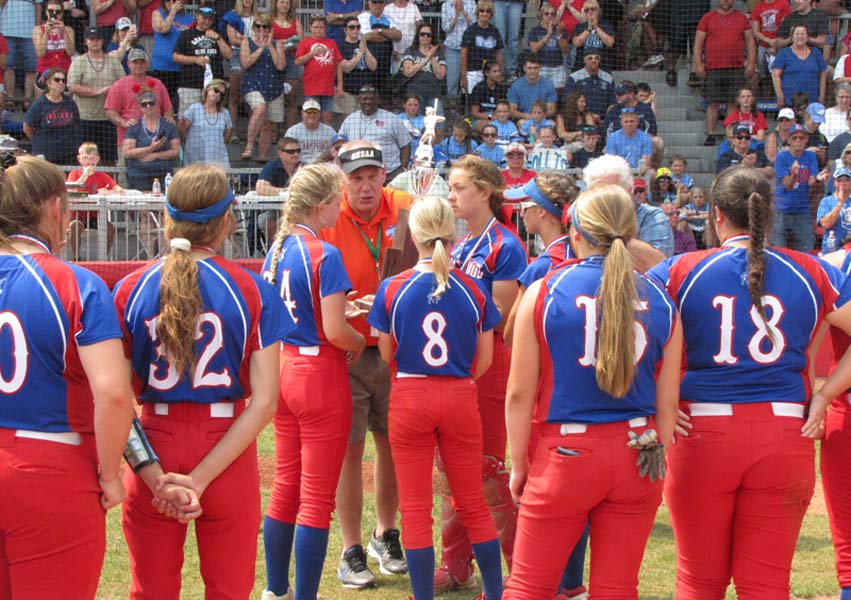 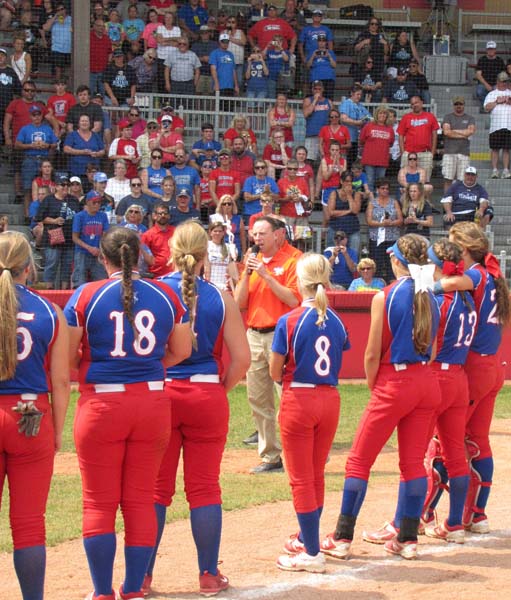 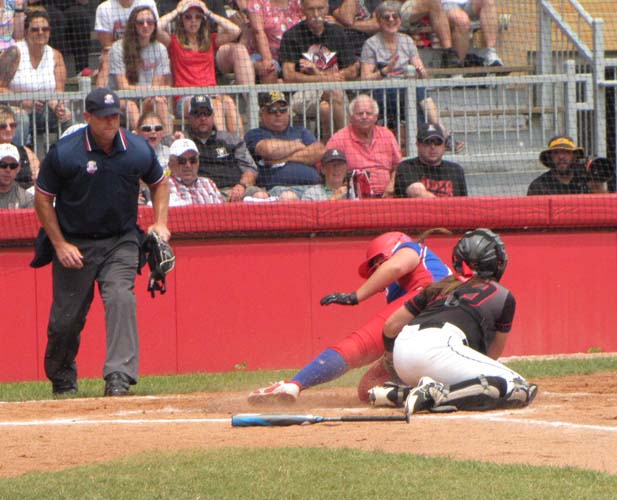 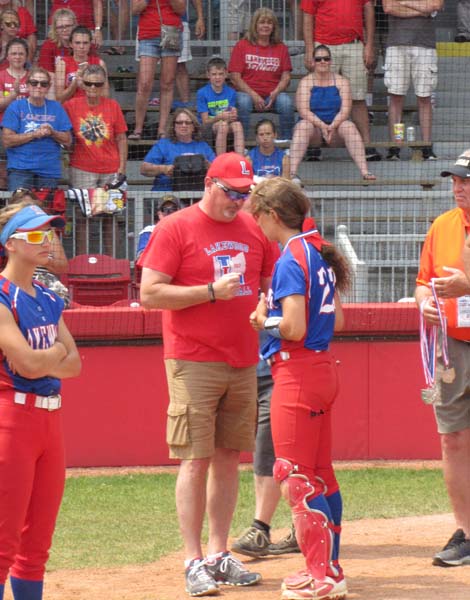 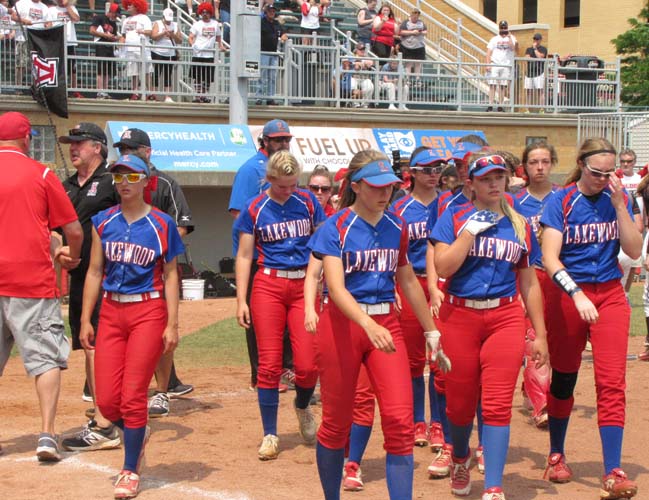 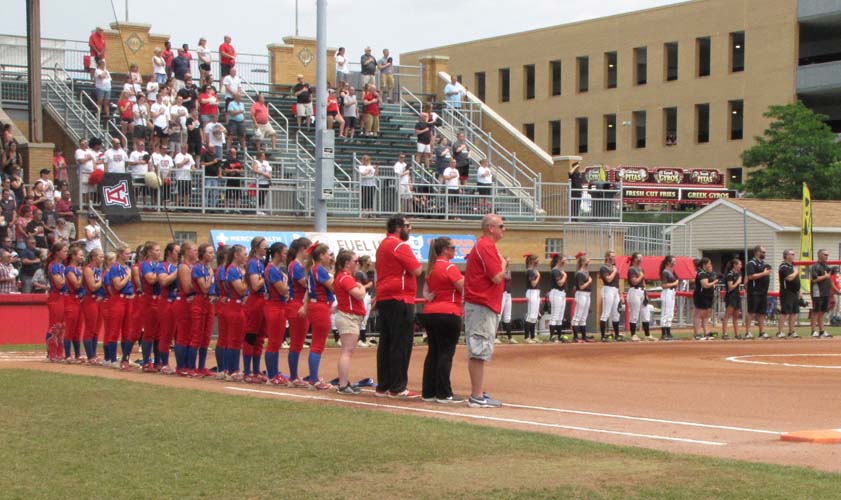 Both teams and fans honor America with the National Anthem.