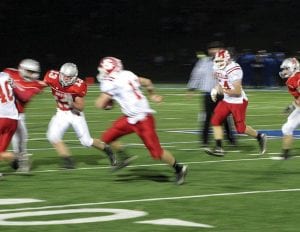 ZANESVILLE – Somebody has to win playoff games.

It took a sudden death playoff last Saturday to determine the winner of the Division III regional semi-final between the 11-0 Sheridan Generals and 9-2 Dover Tornadoes.

Neither team dominated during regulation. The Generals scored first, just five plays after C. J. Myers intercepted Derik Swinderman’s pass on the first play of the game. The Tornadoes tied it up 7-7 just before the end of the first quarter after Myers was intercepted by Colton Zahner.

Sheridan scored quickly in the second quarter, set up by a 50-yard run by JayTee Ellars. About five minutes later, Dover again tied it up at 14-14 on a 14- play, nearly 80 yard drive. The Tornadoes took their first lead on a 14-yard TD pass with 1:56 left in the half.

The Generals struck quickly in the third quarter after Mitchell Fouch returned the opening kickoff 76 yards to the 14-yard line. Ellars scored on a 4-yard run for the 21-21 tie. 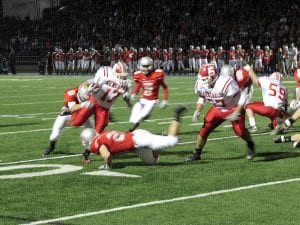 The Generals regained the lead about five minutes later after forcing Dover to punt and then driving 69 yards for a TD and 28-21 lead.

Dover tied it up again at 28- 28 early in the fourth quarter on a 5-yard TD pass. Neither team could score in the final 11:13 of the fourth quarter. The Generals had two chances to score, but gave one up on an incomplete pass on fourth down and seven. A Sheridan interception with 1:38 left ended with a Dover interception with 12 seconds left, setting up the fatal overtime.

A turnover gave Dover the ball in overtime. The Tornadoes scored five plays later for the 34-28 win.

The loss ended a great season for the Generals with an 11-1 record, Muskingum Vallley League championship and a No. 2 ranking in Division III in the final AP poll. Seniors had 30 wins in three years. 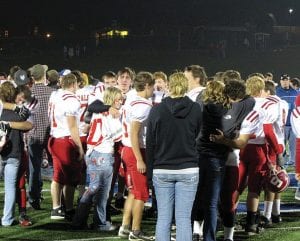 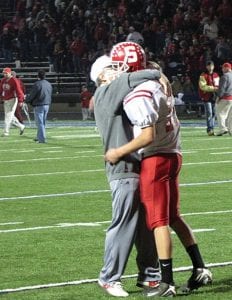 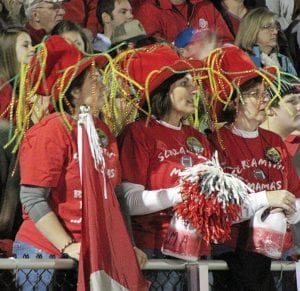