MILLERSPORT  – The Grand Parade from Millersport High School down Lancaster Street and up Chautauqua Boulevard to the festival grounds kicks off the Millersport Lions Sweet Corn Festival at 6 p.m. on Wednesday, August 28.

The Grand Marshals this year are the members of Advance Lodge 606 I.O.O.F. and Rebekah Lodge 885 of Millersport.

Both lodges were selected to be honored for their long history of community service and participation in the Sweet Corn Festival from its founding on the streets of Millersport until a few years ago. The year 2019 also is being celebrated nationally as the “Bicentennial of the Independent Order of Odd Fellows” in America. The first public recognition of this milestone occurred on January 1 in Pasadena during the Tournament of Roses Parade.

The Odd Fellows Lodge in Millersport was charted on June 30, 1875 with 15 members. There have been several lodge halls in Millersport over the years with the last one on the second floor of the Commodore Bank Building. Today they meet in the American Legion Hall. The Rebekah Lodge was charted on May 8, 1947 with 27 members. Both lodges meet twice a month and are still active in the community.

The Grand Parade includes more than a dozen high school bands, Queens or members of their court from festivals around the state and the local candidates for the 2019 Sweet Corn Queen. 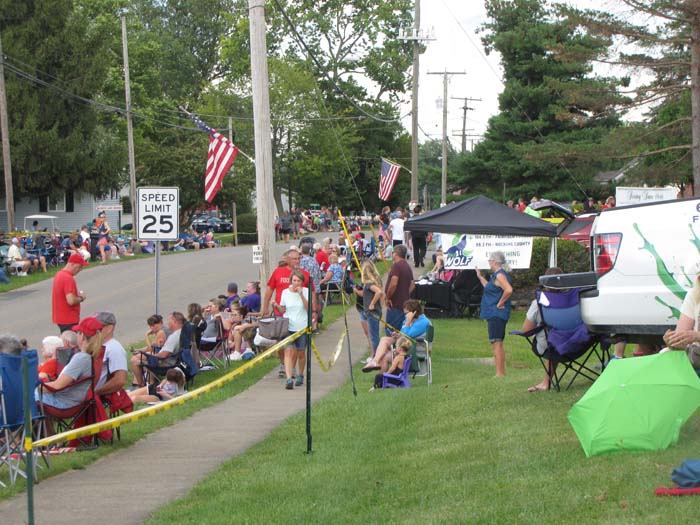