Their 6-0 lead came four plays after a fumble recovery on an option play. Then the seasonlong Sheridan scoring machine roared to life with a 65-yard TD pass on the next series to make it 7-6. By half time, the Generals had a 27-6 lead.

The Quakers added a touchdown and point after in the second half, but never threatened the Generals who added 14 more points for a 41-13 victory.

The Generals, ranked No. 2 in Division III in the final AP Poll, travel to Zanesville’s Sulsberger Stadium for a 7 p.m. Saturday game with unranked Dover. The 9-2 and seven seed Tornadoes upset No. 5 and two seed Steubenville 31-28 at Steubenville’s Harding Stadium Saturday. Sheridan was seeded third in the district.

The Generals finished a perfect season at home with the traditional Senior Walk across the field for the final time as Sheridan football players. 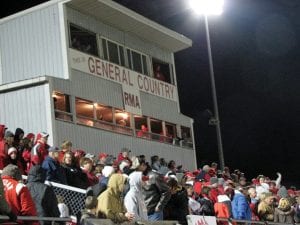 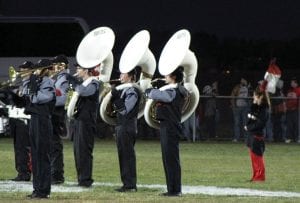 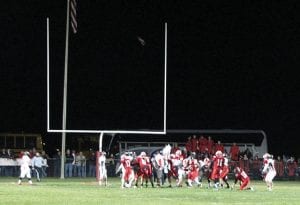 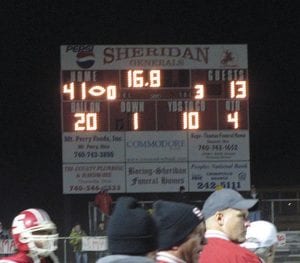 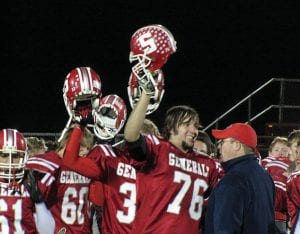 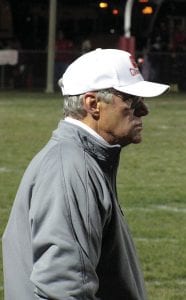