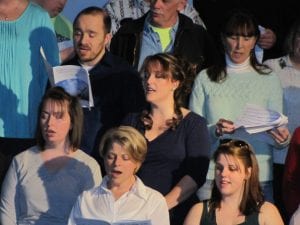 MILLERSPORT – Where music and passion is always the fashion, Millersport Community Theatre proudly presents the 2015 Minstrel “ A Night at the Las Vegas Copa Room (a musical review-minstrel style)” directed by Jill R. Henwood. Performance s are at 8 p.m. on Friday, March 6 and Saturday, March 7, at the Millersport Elementary School Auditorium. Tickets are $10 and reservations are requested. Call 740-616-4449 or visit www.millersportcommunitytheatre.com.

Smith said the first half features familiar melodies sung by the chorus and soloists intermixed with jokes by the endmen and women. The spiritual choir starts the second half, followed by other singing or dancing groups. Everyone participates in the Grand Finale. 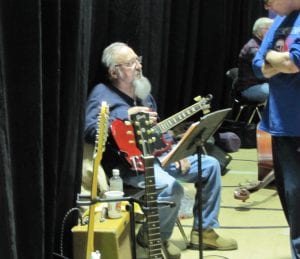 Highlights of the show may be the pony chorus, the comedy or the finale. “It may also be that people just enjoy the music,” Smith said. “The show is unique in the fact that people come together from all walks of life to sing, dance or do comedy.” Cast members are local residents and range in age from seventh grade and up.

Minstrel shows became a Millersport tradition in 1958 when the Millersport Athletic Booster Club sponsored the show. Later the project was shared with the Band Boosters. After stopping in 1969, the shows were revived by the Millersport Community Theatre.