It may be a short autumn, but maybe not 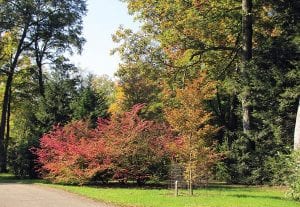 JACKSONTOWN – Some trees are dropping their leaves this year without changing color first or, as Dawes Arboretum Horticulture Director Mike Ecker would say, “defoliating without turning.” He said, “This has been an odd year.” The couple weeks of searing heat we experienced this summer may have forced this autumn to be brief, at least as far a leaf watching is concerned. The heat causes the trees to drop their leaves sooner in the season and the leaves simply aren’t on the tree long enough to develop bright colors. “It may be a very abrupt fall,” said Ecker. “That two week period of heat was brutal to the trees.”

Ecker said there’s no way to really tell when the autumn’s colors will peak, even though he’s asked that question often. “You don’t know what’s going to happen,” he said. Ecker said he’s heard some “experts” say that such and such a day will be peak viewing, then after that day the colors continue to intensify. The opposite can be true, too. 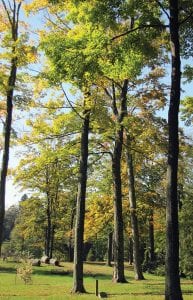 The sugar maples are usually one of the first trees to turn, said Ecker, but people should be concerned if their trees are turning too soon, especially if only on one side. “If you’re in summer but one side starts to turn, there’s probably something wrong,” he said, such as something interfering with the roots or the soil is too dry. Sometimes it’ll take years for the effects of tree damage to show.

Anyway, Ecker said the best idea for most folks is to watch for the leaves to being changing—particularly those in Dawes Arboretum–then enjoy them while they last. 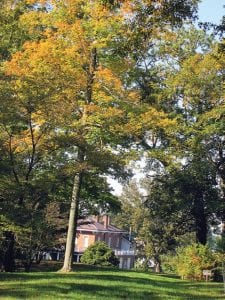 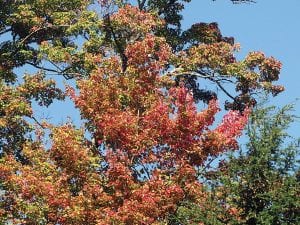 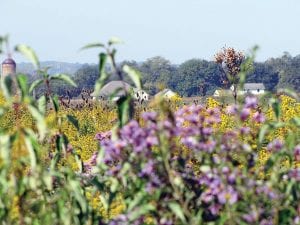 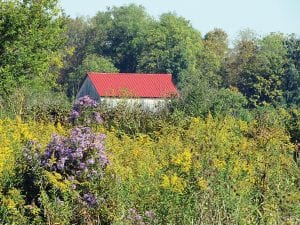 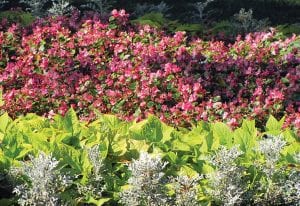