BUCKEYE LAKE – The AMIL Spillway puzzle that’s been in the works for more than six months came together in about three hours Wednesday afternoon.

There are still a few pieces missing, but the main piece, a 120-foot long bridge is now in place.  It will carry pedestrians, bikes, maintenance equipment and emergency vehicles over the reconstructed channel to the spillway just off Ohio 79 in Buckeye Lake Village.

The two 60-foot sections each arrived Wednesday afternoon on a wide load trailer from Minnesota. 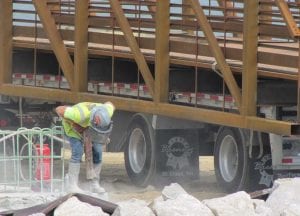 It took about an hour of ‘jackhammer adjustments’ to the northern abutment before the first section was lowered into place. 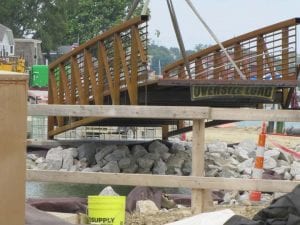 The first section was lowered onto the northern abutment and then attached while the crane held the other end up. 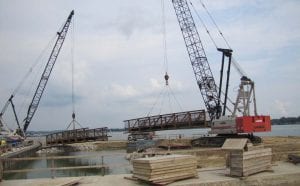 The second section was lifted off its trailer and then swung into place for the delicate mating procedure. 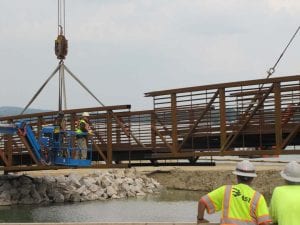 Workers in two high-lifts over the channel, two crane operators and workers on southern abutment slowly mated the two sections. 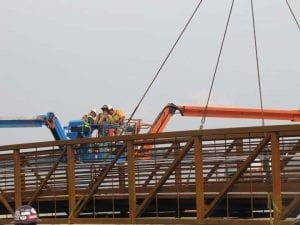