MILLERSPORT – Village council members are expected to review the proposed rules and regulations for the village’s new Mathias Miller Park on Lancaster at their March 25 meeting.

Council member Linda Willison compiled the rules and regulations based on those in place in other area communities. The small park would be off limits to alcohol, skateboards, bikes, drones, engine-driven model airplanes, motorized vehicles except powered wheel chairs and scooters used by handicapped individuals, and fire rings/pits. Grills would require the written permission of the Village Administrator or designee. Picnic tables and flower pots may not be moved and pets are permitted only on a leash. The park closes at 11 p.m. and overnight parking in the lot is prohibited.

Private events can be approved by the Park Director or designee, but are limited to musical, theatrical or other entertainment events. The proposed rules will not allow the park to be used to form a procession, nor hold any public gatherings or meetings of any kind. Village residents can apply to use the gazebo with the payment of a $25 refundable deposit to ensure that it’s cleaned up. Private use of the gazebo does not restrict other persons from use of the sidewalks or benches.

Council members also heard a presentation from Pastor Brian Harkness about starting a residential addiction recovery ministry in the former Fairfield Beach United Methodist Church. Harkness, who is the pastor of the Hebron New Life United Methodist Church, said the new ministry would be modeled after Outreach Ministries in Pataskala. Outreach has been successfully operating a residential addiction recovery ministry for more than 40 years. The proposed director of the prospective Fairfield Beach ministry is an Outreach graduate.

Plans are to house up to 15 men, using the church building for a bunk/living area and the building closest to the road as a dining hall and possible laundry.

“The program will be very structured,” Harkness explained. “We’re there to do ministry.” Participants will only come by free choice, not court order. “It’s when they are at rock bottom,” he explained. There will be a “no tolerance” concerning having or using drugs or alcohol; or fighting, Harkness added. Participations will be supervised 24/7 and no one can leave the property without a staff member. However, it won’t be a locked facility and participants can decide to leave. If they do so, they will be driven to the nearest homeless shelter or turned over to a family member.

Harkness said the ministry has “multiple funding streams,” including the Capital Area South District of the United Methodist Church, partnerships with churches and the earnings of participants who will work at partner businesses during the day.

The program’s Phase 1, which lasts six to nine months, is based on a tight schedule. If a participant first needs to be detoxed that will be done at an offsite medical facility. All Phase 1 participants agree to give up cell phones, cash, cigarettes, drugs and alcohol and to follow the instructions of the program director and staff. There will be daily prayer and Bible study and church services and visits on Sundays. The program includes specific training on subjects such as impulse control, behavior modification, parenting and how addiction affects the brain.

Harkness told village officials that they are seeking a conditional use permit from Walnut Township to use the former church as an adult group home. The hearing is scheduled for March 14.

Village Administrator Vince Popo said letters will be going out soon to those who have previously rented a village-owned dock on the canal. The cost is $400 per season for village residents. Renters will be responsible for making any needed repairs to the dock, but can not expand its length or width. Popo said there is a significant wait list for the 40 village-owned docks if any former renters don’t renew. He said ODNR charged the village $90 for the first dock and $55 thereafter for each additional dock.

In his report, Water Superintendent John Wood said the water department received a good report from a recent Ohio EPA review. “Everything went well,” he explained. The department also has a good consumer confidence report which will soon be available.

Council members also heard the second of three readings for ordinances annexing into the village the five acres for the new fire station donated by the Ricketts Family and the portion of the Millersport Cemetery that was outside the village.

Council’s next regular meeting is set for 7 p.m. on Tuesday, March 26, at the village hall. 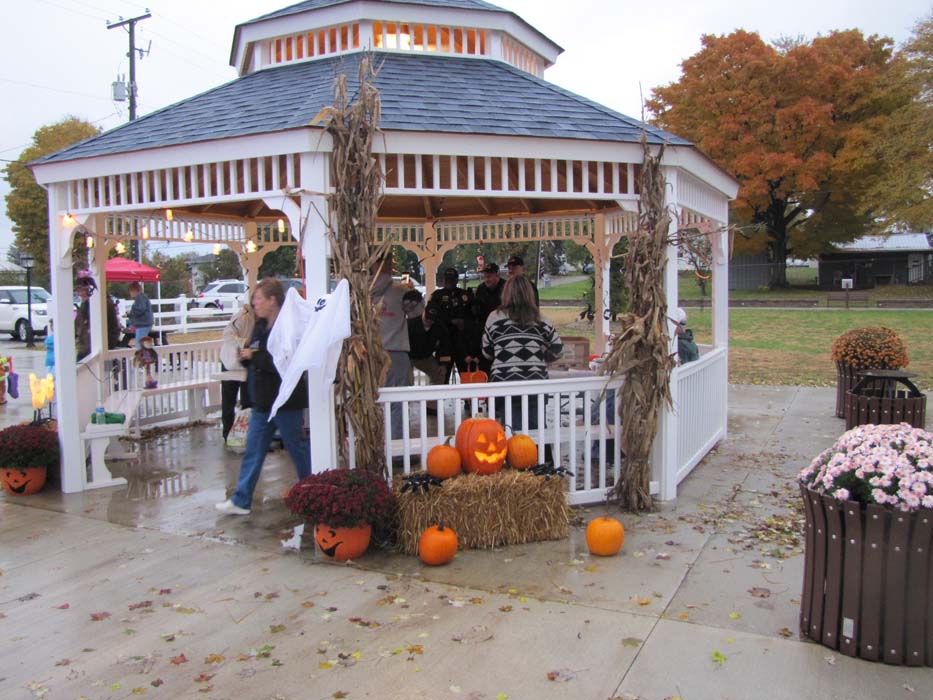