Coming Back to Life

Will the beautiful days last? 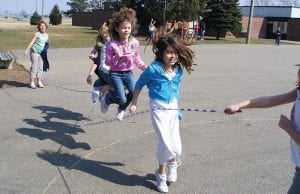 LAKE AREA- Parts of Buckeye Lake were still covered in ice even though temperatures soared to 76 degrees Tuesday- -just two degrees shy of the all-time record high. It was a welcome glimpse into the coming summer season after what became an incredibly frigid winter. But, don’t get too used to the beautiful days yet. “We no doubt have some cold weather ahead of us,” said Lisa Colbert, ABC 6 and FOX 28 meteorologist. By this weekend, she said, morning lows will dip into the 20s and we may even see some snowfall. At least, the cold spells become shorter and shorter this time of year, said Colbert, although in early March, Central Ohioans should be prepared for just about anything, weather-wise.

Through May, we should expect a very “average” spring, said Colbert, adding that the long range weather forecast shows both temperatures and precipitation to be in the normal range. “Anything based on ‘normal'” takes extremes into account, she said. A “normal” forecast doesn’t rule out an occasional strong storm or other dangerous weather event. For example, last winter was anticipated to be dry and mild, which may prove to be correct once all the averages are calculated. “People’s weather memory is very short,” said Colbert. Last winter may seem exceptionally harsh in many people’s minds because the vast majority of the snowfall and the extreme cold temperatures basically hit us during February. The rest of the winter was mostly mild. 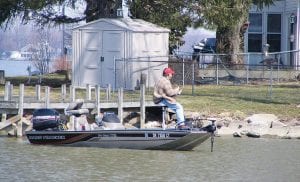 NBC4 Meteorologist Ben Gelber explained that while many factors were involved, there were two primary influences on this winter’s radical shift in average temperatures. Toward the beginning of the winter, he said, an El Nino, or a warm air mass fueled by warmer water temperatures in the Pacific Ocean, pumped warm air into Ohio and the Midwest and blocked colder Canadian air to the north. But, once the Pacific waters cooled and the El Nino waned, all the cold air from Canada blasted south, radically changing our weather. Gelber explained that additionally a ridge of high pressure parked over the Atlantic held the cold air over us. “There are certainly other variables involved that are natural cycles,” he said, but 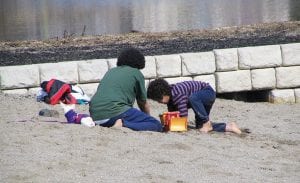 the El Nino and the Atlantic high pressure ridge are the two major factors that created a season that began with 38 consecutive days of above normal temperatures and ended with 23 consecutive days below normal.

Mary Parker, warning coordinator meteorologist with the National Weather Service’s Wilmington, Ohio office,agreed with Colbert that people shouldn’t be lulled into a false sense of security with the mild spring extended forecast. People need to be prepared for anything. She said March 25 through 31 is Severe Weather Awareness Week, and is a good time for people to review their preparedness for severe weather.

+ Have a family meeting. Involve everyone in the household in the preparation of a disaster plan. Discuss the types of disasters that can affect your family. (Ohio’s typical disasters include flooding, thunder and lightning storms, tornadoes, winter storms, extreme

heat and fire.) Ensure that everyone knows the difference between weather watches and warnings. Write down solutions for each kind of emergency/disaster.

+ Develop a family escape and/or shelter plan. Draw an overhead floor plan view of your home. Determine two escape routes per room. Teach children how to open windows and screens. Pick a meeting place away from the home (such as a large tree or neighbor’s yard) in case of a sudden emergency, like a fire. Determine where to shelter during a tornado (in a basement, under the stairs, or a centralized room away from windows).

+ Practice your plan. Even

household is asleep–remember to change smoke alarm batteries at least every six months. Conduct tornado drills. Practice how to protect yourself and others during severe storms.

+ Organize your disaster supply kit. No matter the incident, your kit should have enough supplies to sustain every member of your household for three days. Commercially prepared disaster kits are available at select discount, hardware and military surplus stores or can be purchased via the Internet.