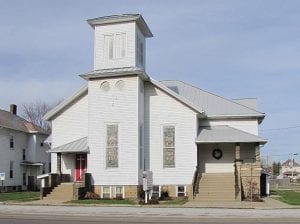 HEBRON – Hebron Christian Church is celebrating the centennial of its renovation and expansion Sunday, Dec. 20. The building will be rededicated during the 10:30 a.m. service, 100 years to the day from its original dedication in 1915.

The service includes a presentation by church historian David Dernberger. Everyone is welcome and will have an opportunity to tour the church after the service. Guided tours are available starting at 9:30 a.m. Sunday morning.

The sanctuary was originally at street-level. The scope of the 1915 building expansion was very broad:

• Raise the building six feet, adding a basement under it plus three outside entrances and an interior staircase;

• Construct three classrooms and three balcony rooms over the classrooms on the east side;

• Construct a baptistery and dressing rooms on the west side;

• Construct a platform and a choir loft on the west side; 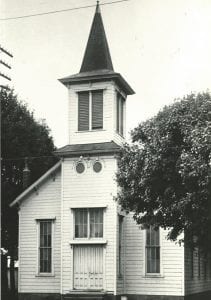 • Install natural gas lighting fixtures on the ceiling and walls; and

• Plaster, paint and finish the interior.

Rough plans were approved by the church board in January, 2015. A detailed work log records that work started with 19 men, three with teams of hours, dug and scraped a total of 119-man-hours in February. Cribbing and jacks were set in early March to lift the building six feet.

A state inspector was satisfied with the plans, but required that a blue-print be made. In mid- March, two women were added to the building committee at the formerly all-male committee’s request. The women were put in charge of interior decorating including new windows and furnishings. The state Industrial Commission wrote that they would need two complete sets of plans for their inspection. The work log detailed 1,151 man-hours in March. 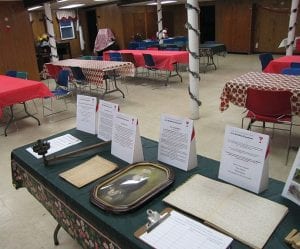 The work log records 261 man-hours worked in April and just 27 in May. Members were busy planting. The congregation accepted an offer in May to meet in the school house while the building was under construction. They had been meeting in the Odd Fellows lodge. In June, they moved back to the lodge. A total of 339 man-hours were recorded in June.

Trustees were authorized to take out a $4,000 loan in July. By mid-August, the building fund was down to $606.18. By September, the congregation met n the church to discuss another loan and agreed to ask the membership for more pledges and donations. With the building fund at $316.10, Elmer Need agreed to loan $2,000. 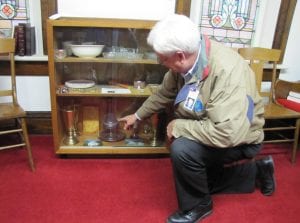 In mid-November, the board met in the new church basement. Part of the discussion was about purchasing a water pump for the baptistery. Running water didn’t become available until 1929. Workers completed grading and brick sidewalks just before Thanksgiving.

A total of 67 names appear on the work record log that recorded a total of 2,530 man-hours of labor. Dernberger said it appears that only the stone mason Thomas Duffel, carpenter Dudley Avery, painter Anderson Blade and possibly some of their workers were paid for their work.

Amazingly, all indebtedness was paid off in three years and nine months. 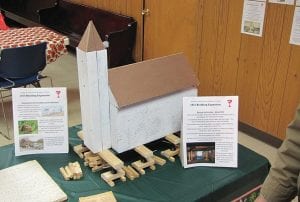 The estimated cost today to construct a modern sanctuary seating 175 people with a fellowship hall and classrooms is $1.6 million.

Only one family name – Sands – from the 1915 records is found in today’s church records. Dernberger is confident that some descendants of these early Disciples of Christ still attend and support the church. Members are asked to record any ancestors they recognize listed in the displays.

Some of the furnishing from 1915 are still in use today.

• The Communion table in the Friendly Class room dates back to 1867;

• The Regulator clock in the library is circa 1878;

Hebron Christian was founded n 1867. Today it has 216 members and averages about 80 worshippers every Sunday. Rev. Chris Whitehead has been Pastor since January, 2013. 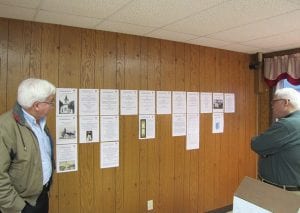