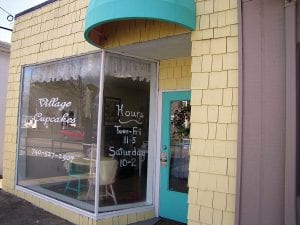 BUCKEYE LAKE, HEBRON – A trip to New York City was a life changing experience for baker Dawn McDonie, owner of Hebron’s new Village Cupcakes shop. “I took a ‘cupcake tour’ of Manhattan,” she said. “I thought, ‘I could do that.’” Always a home baker, McDonie returned home from NYC, ready to fire up an oven and take advantage of what she describes as the “cupcake craze” sweeping the nation.

And, why not cupcakes? “They’re wrapped; they’re the perfect size and the variety is infinite. You don’t need a plate or forks,” she said. Before opening her shop, McDonie said she began working from home, satisfying requests from corporate events and baby and wedding showers. Cupcakes’ convenience and variety per order make them perfect for events with lots of guests— whoever organizes the event doesn’t have to try to guess if guests would prefer and chocolate or vanilla cake, or some other flavor entirely. “It’s caught onto companies that need to do an event,” she said. 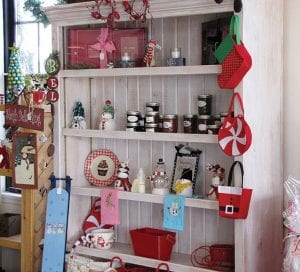 McDonie said that after successful two years as a home baker and thousands of cupcakes for weddings, showers, parties, and corporate functions, the Granville resident opened her Hebron shop on East Main Street Oct. 27. She said her store always stocks many flavors, including sweet vanilla, chocoholic, buckeye, and several filled cupcakes, which may include raspberry, strawberry, blueberry or blackberry. Additional flavors in rotation include grasshopper, coconut, carrot cake, banana, mocha, red velvet, snickerdoodle, and lemon drop, among others. McDonie also takes custom orders.

It’s so far, so good for Village Cupcakes. “Business is definitely picking up,” said McDonie. “It’s been much better than I thought. I see December as being a huge month for holiday orders.” She looks forward to offering several special holiday flavors. McDonie definitely feels like she’s in the right line of work. “I like to bake everything,”she said. “I just love to bake.” 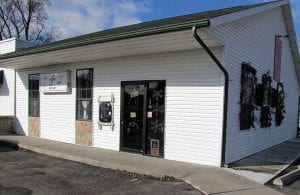 Likewise, business has also been strong for The Flour Shop, a Buckeye Lake bakery that opened several months ago. “Business has been crazy,” said owner Amy Gatton. “Thanksgiving was really good – lots of bread.” She said during the holidays she expects to make plenty of cookie trays and lots of sugary stuff.

Gatton is a former glassblower who decided to pursue her other passion – baking. “I’ve always loved to bake,” she said. “I wanted to bake a little bit of everything.” The Thornville resident, whose mother is a Buckeye Lake native, said she tries not to limit herself on variety. In addition to everyday bakery items, including lots of pies, Gatton said The Flour Shop, which is on Ohio 79 in Buckeye Lake Village, near the Village Offices, also offers other selections. “I usually make a quiche everyday, and a sandwich and soup,” she said. “I keep it simple.” 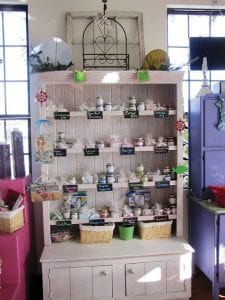 Like McDonie, Gatton is gearing up for the holidays. “I think Christmas is going to be great,”she said. “Everybody likes cookies, especially sugar cookies‚ pies, of course.”

The Flour Shop also sells some of Gatton’s glass creations, as well as specialty soaps, candles, jams and jellies, and even homemade dog treats. Her plan is to expand her business online soon, but for now she’s ready for the Christmas rush, and has already begun baking Christmas cookies. “I’m excited,” she said. 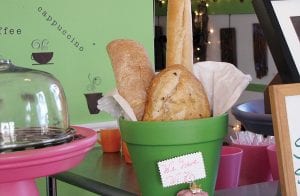 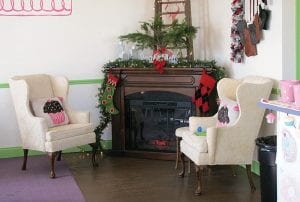 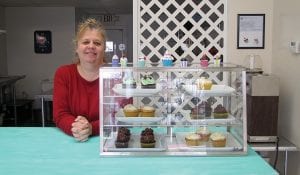