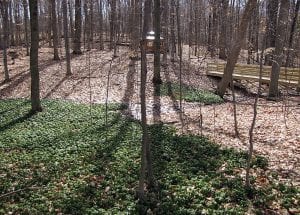 JACKSONTOWN – As this has been one of the coldest winters on record for Central Ohio—with an average temperature of 27 degrees, according to the National Weather Service— it’s no surprise that spring blooms are running a little late this year. Still, there are plenty of signs that this winter’s drudgery is nearing an end.

“ They’re anxious to get out,” said Dawes Arboretum Display Gardens Manager Megan Ehrmin of bulb flowers like tulips. They’ve yet to bloom, but like other flowering plants, they’re springing from the soil. “The daffodils are starting to peek out,” she said.

Ehrmin said this is the perfect time to view Witch Hazel, which is an extremely early blooming bush with bright yellow flowers. For many, the white snowdrops are the first signs of spring. She said the cold is delaying Cherry Dogwood trees from blooming and the Hellebores are lagging behind schedule, too, but there’s plenty of green to be found as the ramps flow like an emerald carpet on the floors of wooded areas. 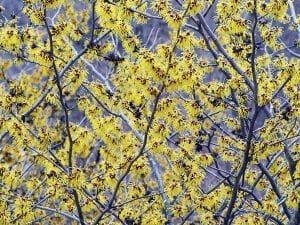 Ehrmin said she’d wait a week or two to begin planting shrubs until the weather stabilizes a bit. “ It’s really unpredictable,” she said. Just when we think we’ve seen our last cold spell as spring approaches, we usually haven’t. Ehrmin said anyone wanting to plant annuals has a while to wait. She said annuals are best planted around May 15, when we can be relatively certain there won’t be another frost for many months. Perennials can be safely planted early May, said Ehrmin.

By the way, according to the National Weather Service, the coldest Columbus winter on record was in 1976-77, when the average temperature was 20.9 degrees. Although it may not seem like it, statistics show that Central Ohio received plenty of snow this year. There was at least one inch of snow on the ground for 48 days, the most since the winter of 1984-85. 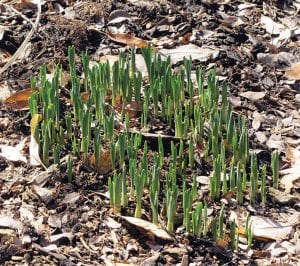 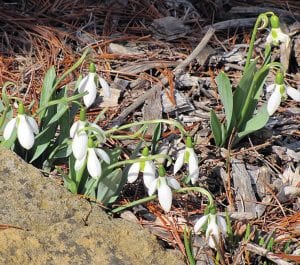 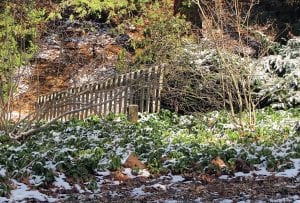