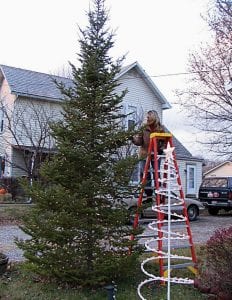 BALTIMORE- Bigger’s better, right? A Baltimore resident and her son-both of whom preferred to remain anonymous-took advantage of Tuesday evening’s mild weather to string lines and lines of lights around the trees in their front yard and around their home.

“It really doesn’t take that long,” she said, “it’s just that (the display) keeps getting bigger every year.”

She’s not the only one with that philosophy. From Millersport to Harbor Hills, the lake area is filled with people can’t wait to brighten their neighborhoods with impressive displays. The holiday season brims with customs and traditions that many of us, frankly, take for granted without knowing how they got started or even why we do them; we know they’re fun, and that’s good enough for most of us.

However, ChristmasCelebrations.com sheds a little light on the history behind some of our most cherished holiday traditions:

• The word Christmas is Old English, a contraction of Christ’s Mass. 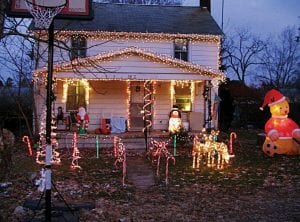 • The first president to decorate the White House Christmas tree was Franklin Pierce.

• Electric lights for trees were first used in 1895.

• The first Christmas cards were vintage and invented in 1843, the Victorian Era.

• “It’s a Wonderful Life” appears on TV more often than any other holiday movie.

• “Rudolph” was actually created by Montgomery Ward in the late 1930’s for a holiday promotion. The rest is history.

• “The Nutcracker” is the most famous Christmas ballet.

• “Jingle Bells” was first written for Thanksgiving and then became one of the most popular Christmas songs.

• If you received all of the gifts in the song “The Twelve Days of Christmas”, you would receive 364 presents.

• The poinsettia plant was brought into the United States from Mexico by Joel Poinsett in the early 1800’s.

• Holly berries are poisonous, but contrary to common belief, poinsettia plants are non-toxic. 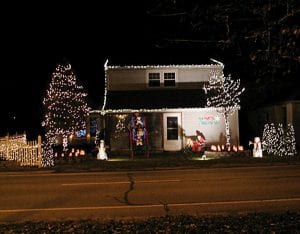 • In 1843, “A Christmas Carol” was written by Charles Dickens in just six weeks.

• The first state to recognize the Christmas holiday officially was Alabama

• Christmas became a national holiday in America on June 26, 1870

• Coca Cola was the first beverage company to use Santa for a winter promotion.

• An angel told Mary she was going to have a baby.

• Clearing up another common misconception, in Greek, X means Christ. That is where the word “X-Mas” comes from. Not because someone took the “Christ” out of Christmas.

• Traditionally, Christmas trees are taken down after Epiphany.

• More diamonds are sold around Christmas than any other time of the year.

• In Mexico, wearing red underwear on New Year’s Eve is said to bring new love in the upcoming year.

Here’s a good one from xeweb.com:

• Kissing under the mistletoe, our favorite sprig of green leaves and white berries, dates back to a 17th century English custom. At that time, a berry was removed every time a kiss was made, which meant there were no kisses when there were no berries. We seem to have since forgotten about the berry removal and concentrated fully on the kissing! 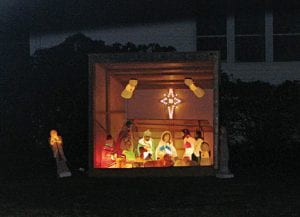