THORNVILLE – Local farmer George Cenky said he’s having the best soybean yield he’s had for 35 years. He anticipated his corn crop yield would be pretty good, too. “Overall, we’re very fortunate for as late as things were put in,” he said. An unusually wet spring delayed planting for many farmers this year, and while Cenky is enjoying success, not everyone’s harvest was as bountiful, according to State of Ohio statistics. 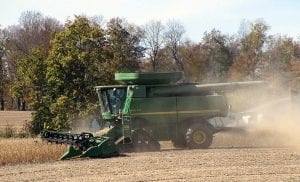 Matthews said that as of Oct. 16, soybeans are 60 percent mature compared to the normal of 90 percent, and soybeans harvested are running at 23 percent compared to the normal of 59 percent for this time of the year. “As of Oct 1 conditions, we are estimating soybean yield at 46 bushels per acre compared to 48 bushels per acre last year,” he said. Seventy-one percent of the standing soybeans are considered to be in fair to good condition. 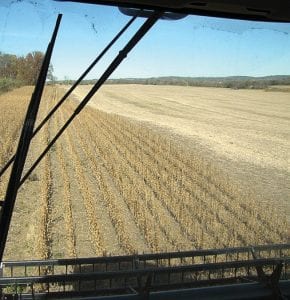 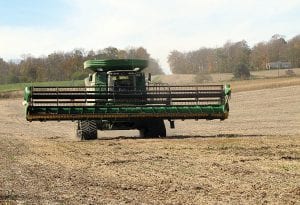 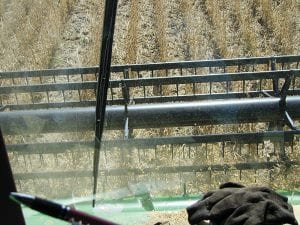