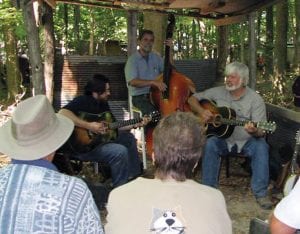 THORNVILLE
– The smell of boiling beans and the “thump, thump, thump” of a Bluegrass bass line greet visitors to the annual Backwoods Fest even before they enter the main gate. This year, the thump may have come from Wayne Blizzard’s bass. He plays with the Buckeye Bluegrass Band, one of more than a dozen bands and solo acts providing the festival’s soundtrack.

When asked why he chose to play bass, Blizzard said, “from a lack of talent.” He said he could never get the fast finger picking style of Bluegrass guitarists and banjo players, but he knew he could keep a solid time behind the pickers.

Blizzard, who lives in Somerset, works for the Holophane Corporation in Newark when he’s not jamming with the Buckeye Bluegrass Band.

Backwoods Fest co-owner Gene Launder said he sifts through stacks of promotional packs deciding which acts to hire for his event. They don’t play for free. “I sure wish they did, that would be great,” he said. But, from the patrolmen who monitor traffic to the people who pick up the trash after the festival, “Everybody gets a check,” he said. 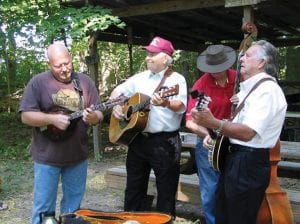 “It was a perfect, perfect, perfect weekend,” said Launder of the event, which spanned Sept. 18 through 20 near Thornville. “It was just a beautiful fall weekend.” He said sunny skies and moderate temperatures did much to contribute to a huge crowd, which he knows was bigger than last year’s 25,000, but he didn’t have any specific numbers. Some light rain on Sunday kept the dust down, he said. 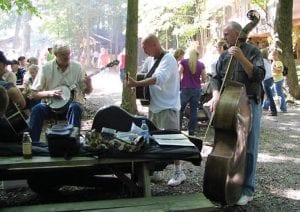 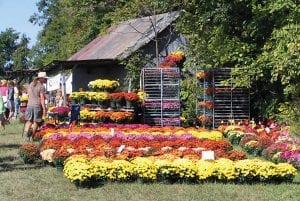 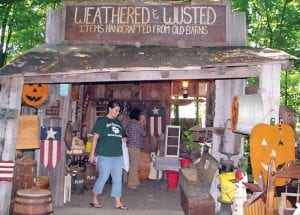 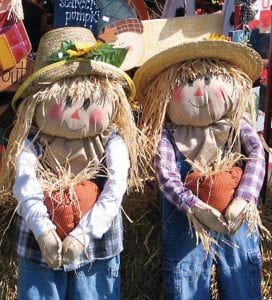 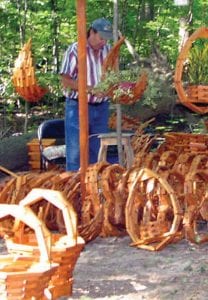 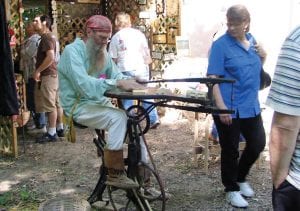 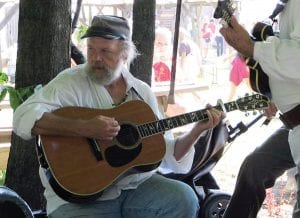