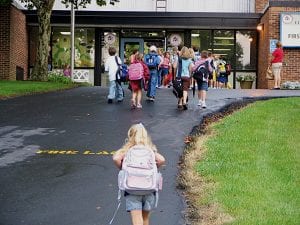 HEBRON- The first day of school is becoming old hat for Lakewood Intermediate School fifth grader Major Henry. After a summer of taking “a lot of vacations,” Henry’s ready to get back to the grind. “I’m excited about seeing my friends again,” he said Wednesday morning, without an ounce of apprehension about the new school year. His mother, Michelle Henry, is a teacher at Lakewood Intermediate School. He arrived at the school building with his mother much earlier in the morning than the rest of the students who, about 8:30 a.m., were streaming into the “intermediate campus,” which now includes the intermediate school and the former Jackson Elementary.

A light but steady morning rain didn’t begin until most of the children found their new classrooms, but the day got off to a soggy start for several brand new pre-schoolers, who stepped off their school bus for the first time, welcomed to their very first day of school by raindrops and smiling teachers’ umbrellas. 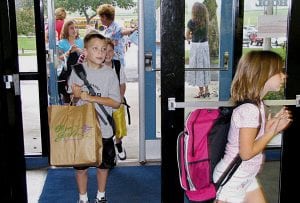 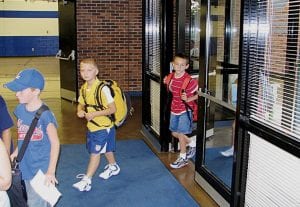 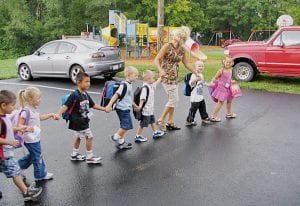