A battle of write-ins for Hebron Mayor

NEWARK – Hebron voters will choose their next mayor from three write-in candidates after Mayor Mike McFarland’s apparent successor’s petitions were rejected by the Licking County Board of Elections.

Valerie Mockus, PhD was the only candidate circulating a petition to replace McFarland who decided not to seek reelection. Mockus attended most council meetings for the past year or so and chaired the committee organizing the inaugural Hebron Pie Festival in July. She reportedly failed to fill out the circulator’s information on six of her seven petitions.

Layton and Marietta are currently council members. They were appointed to council in July 2018 to fill vacancies created by council member Clifford Mason’s resignation to accept an appointment as Hebron Fire Chief and council member Jim Friend’s resignation for personal reasons. Marietta was returning to council after he lost a bid in November 2017 for a second term. Layton returned after a much longer break. He didn’t seek reelection in November 2001 after he was named general manager of the National Trail Raceway. Layton was first appointed to council to fill the vacancy created by John Calhoun’s death. He was elected twice and served nine years, including several years as council president. Daubenmire owns a local lawn care company.

Both Nathan Corum and Brittany Misner who were appointed early last year to the Lakewood Board of Education are unopposed for four-year terms. They replaced Bill Gulick and Steve Thorp who resigned their board seats.

There is one county-wide issue on the ballot. It is a 1.2 mill, five year replacement property tax levy for senior services.

Lakewood has two levies on the ballot. Voters are being asked for the third time to replace the 106 year-old Hebron Elementary School. The 28-year bond issue has been scaled back to $31.3 million to just construct a Pre-K – 5 school to replace Hebron Elementary and the two Jackson buildings. The estimated tax rate or millage has been reduced to 3.9 mills. Lakewood is also asking voters to renew a now 7.6 mill, 10 year emergency operating levy. That levy was originally approved 10 years ago at a 9.9 mill tax rate. Now, thanks to increased property valuations and new construction it will initially be collected at 7.6 mills. Approval will NOT increase taxes and the millage will continue to decline as taxable property valuations and new construction increase.

Licking Township has two issues on the ballot. One is a five-year renewal of a one mill property levy for fire/EMS services. Approval will NOT increase taxes. The second issue would allow the township to aggregate residential electricity purchases for AEP customers. If voters approve it, the township would seek bids to provide electric power to AEP customers. Residents would have the right to opt-out of the lower cost contract.

Buckeye Lake Village voters will be asked to approve extensive changes to the village’s charter. The proposed revisions would change the form of government from “strong mayor” to concentrating almost all authority with village council. It would also allow a simple majority of council to impose up to a one percent income tax on all residents. The current charter requires voter approval to impose any income tax on residents.

The Village of Kirkersville is asking voters to replace a three mill, five-year levy for current expenses. By replacing the levy rather than simply renewing, it will increase taxes.

Monday, October 7, is the last day to register to vote in the November 5 election. Early in-person voting begins on Tuesday, October 8. 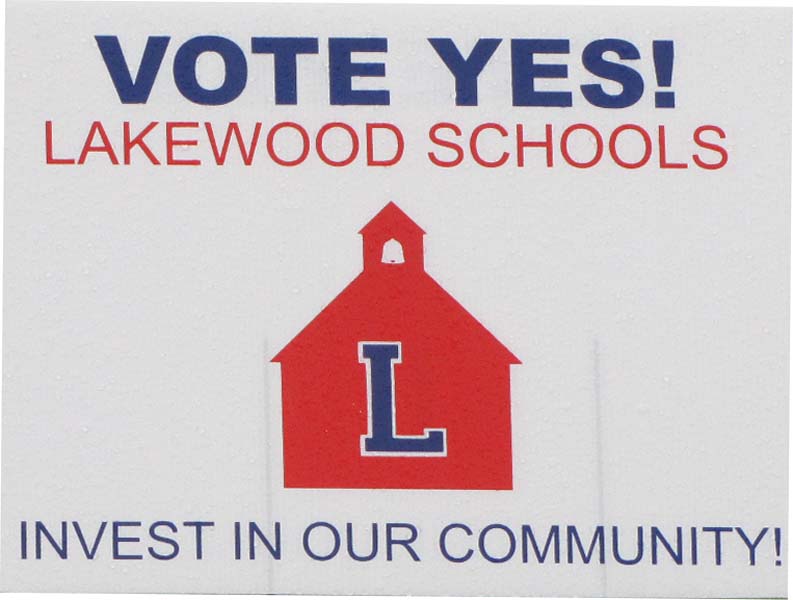