MILLERSPORT – Halloween trick or treating has long been centered along Lancaster Street. This year, village officials are trying to shift the focal point from the Circle K gas station to the village’s new Miller Park.

The new park, which replaced some rundown apartments in the former Sohio station on Lancaster Street, is hosting “Pumpkins in the Park” on Wednesday, October 31. The pumpkin decorating contest will have prizes for kindergarten, first & second grade, third & fourth grade, and fifth & sixth grade students. Pumpkins should be dropped off at the gazebo by 5:30 p.m. Pumpkins will be on display and judged during the official trick or treat hours of 6:00 to 7:30 p.m. Pumpkins and prizes should be picked up by 8 p.m.

At the September 25 council meeting, Mayor Gary Matheny announced that the village would be annexing the entire 100-acre Ricketts Family property on the south end of the village. Village officials have been discussing the donation of five acres of the tract for a new fire station with family members for more than a year. “We’re as close as we’ve ever been on getting the five acres,” Matheny told council members.

In his report, Sewer Superintendent Josh Lutz said Ohio EPA is setting a 34 ppm or less limit for copper in the treatment plant’s discharge. That limit has been hit a couple of times in the past five years. Lutz is trying to track down the source of the copper and believes it is coming from copper plumbing in homes. They will be doing some testing in an attempt to validate that belief.

Lutz also reported that lighting in the treatment plant will be converted to LED. Pumps and the electrical service will be replaced at the Terrace Street lift station at a cost of approximately $97,000.

A Broad Street resident complained about loud parties and underage drinking in a vacant lot next to her home. She said cars pulled into the lot and drivers were racing up and down the street. “I think we know who you are talking about,” Matheny told her. “It will be taken care of.”

Fire Department Lt. Pat Redd suggested moving the focal point of Halloween trick or treat activities away from the gas station. He said the new park would be a safer spot.

The short September 25 meeting wrapped up with an executive or closed session to discuss personnel. No action was taken after the closed discussion.

At the October 9 council meeting, Fire Chief Bob Price said the department has been doing a lot of training. He said area residents shouldn’t be surprised when they see fire equipment being driven around the area. “We’ve got a lot of new people,” Price explained. “We’re doing a lot of driver training.” Price said the department made 110 runs in September and with runs up 10 to 15  percent over last year.

Police Chief Mark Consolo reported that two new officers have now reached the field training stage where they are paired on patrol with a more experienced officer. During September, auxiliary (unpaid) officers worked a total of 15 hours “for community safety.” Three felony investigations are continuing: one for fraud with video evidence sent to the Bureau of Criminal Investigation (BCI) for suspect identification; one for drug trafficking with drug evidence sent to BCI for identification; and for check fraud.

Funding Specialist Richard Waugh, with the village’s engineering consultant ADR & Associates, presented an update report. The water tower replacement project has been combined with adding a backup iron filter to the water treatment plant. Soil bores will be done in November/December for the new water tower project and both projects will be in the design stage December through April. The next step is applying for permits to install from Ohio EPA.

Applications for grant funding start next October with an Ohio Public Works Commission application and in January 2020 for a Community Development Block Grant, Real Property Infrastructure Grant or Critical Infrastructure grant. If sufficient funding is available, construction would start in August 2020.

Design work will begin now on the projects that will be funded with the recently awarded $450,000 Neighborhood Revitalization Program grant. Canal and Chautauqua will be repaved, sidewalks will be extended to the village complex/park; and improvements will be made to the stormwater collection system. Waugh wants to bid the projects in April to get more aggressive contractor bids with construction starting in May.

Zoning Administrator Bill Simpson, who is also serving as the general contractor on the village’s spec home construction, reported that the two-story single family home should be turned over for sale by November 1. Interior trim is done and painting was to start last week. Installing floor coverings will be the last major step.

Village Administrator Vince Popo said the water treatment plant’s computer system will be updated for no more than $100,000. The original plan was to borrow $50,000 but now it can be funded with a $50,000 loan from the village’s General Fund. He added that the water department is purchasing a new pickup truck for $28,000. The department’s newest truck is 12 years old. “We’re slowly building back up the water reserve,” he added.

Fiscal Officer Susan Ramsey reported that she has cashed out some village CD’s, reinvesting the funds in Star Ohio for a more attractive interest rate. The State Treasury Asset Reserve of Ohio (STAR Ohio) is an investment fund that allows Ohio governmental entities to invest in a highly rated public investment pool. It is managed by the Treasurer of State’s office. “We’re getting more interest than sitting in the bank,” she explained.

Village officials are still discussing when to dedicate Miller Park. Council members plan to set a date for the Christmas tree lighting ceremony at the new park at their next meeting. That meeting is set for 7 p.m. on Tuesday, October 23, at the village complex. 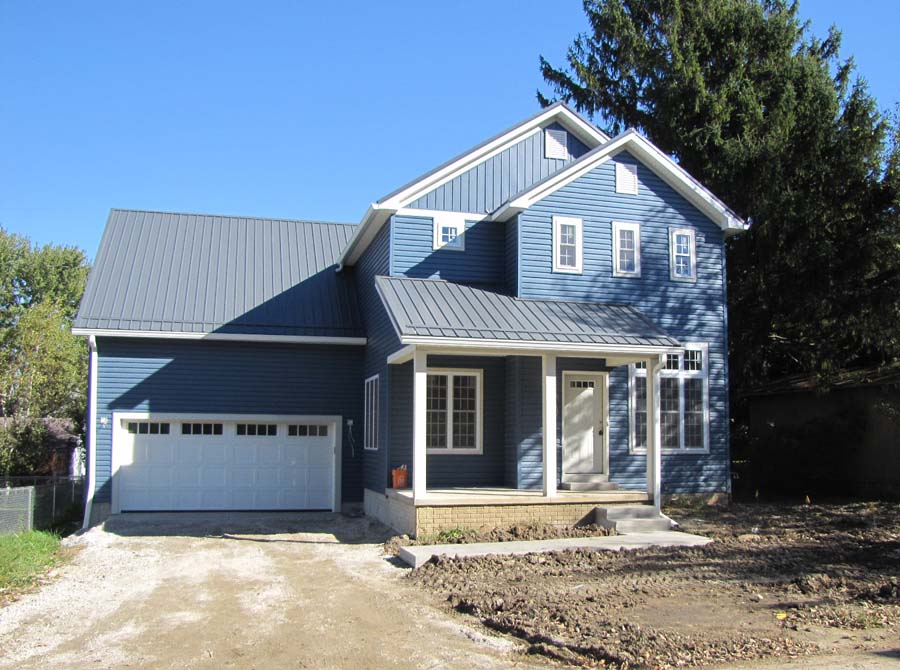