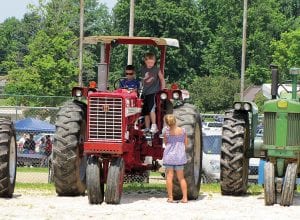 THORNVILLE – Thornville Mayor Beth Patrick spent a sleepless night Saturday, remembering the storms that pounded the area that day. The next day would be Thornville’s bicentennial celebration. Many people worked together on the event for more than a year and the only thing that could ruin it would be more rain like Saturday’s. Fortunately, Sunday was anything but rainy. “We couldn’t ask for a better day and turnout,” she said. There was no rain during the event Sunday, and even though it was hot and humid, people visited the celebration in droves. “Everything went smoothly,” said Patrick. “The community support was overwhelming.”

For example, Patrick said she expected roughly 30 vehicles for the event’s car show—there were 77 vehicles. She credited Larry and Cindy Shy, and Jim Matheny for the car show’s success. “They did an amazing job,” said Patrick. But, it was vehicles of a much different type that attracted plenty of attention. 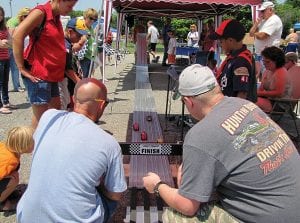 Thornville sponsored its first bed races in 50 years. Perry County probate and juvenile court Judge Luann Cooperrider, who participated in a previous Thornville bed race when she was very young, and her team won the first and third heats Sunday. Resident Terry Hill won the second of the three heats. One person rides on a bed, equipped with wheels, as four people push the rolling bed from behind around a long course, competing with another bed and team. The teams found the beds are tougher to control than they appear as many of the teams veered off the course on several occasions, in one case catapulting rider Tom Dempsey from the bed (no injuries) and snapping a bedpost. “Maybe we need some pushers in the front,” said Thornville Village Council member and bicentennial committee chair Dale Brussee, reflecting upon what he could do to improve the bed races in the future; Brussee hopes bed races will become tradition for Thornville’s Independence Day celebrations. He estimated that more than 1,000 people attended the daylong celebration. “ I think everyone was satisfied; I’m thrilled to death,” said Brussee. “We had a little bit for everyone.” He said the bands that played through the day were all excellent and the pedal pull was well attended. Brussee said the event could never have happened with community donations of money, material, and personal time and skills. “It was a donations fest,” he said. “That makes it nice.” 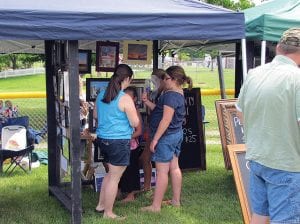 Patrick said Brussee and the bicentennial committee were pivotal to the celebration’s success, as were Thornville Village Council member Dayna Patrick, Village Clerk Anna Cox, and Village Administrator Ron Koehler. “They truly were the backbone of the celebration,” said the mayor. She thanked the village police department, corporate sponsors, and all the people who donated time and money to the event. “It all just fell into place,” said Patrick. “It takes a whole community to have a celebration.” 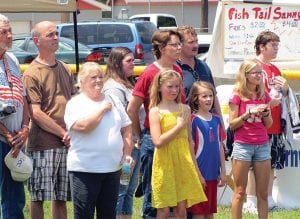 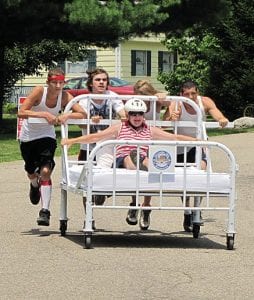 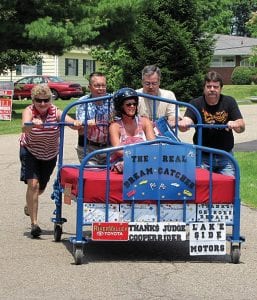 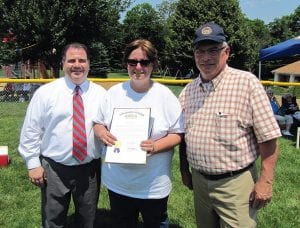 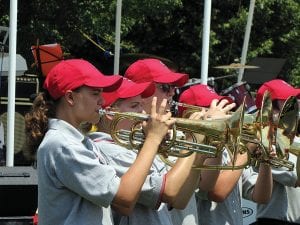 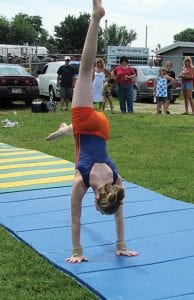 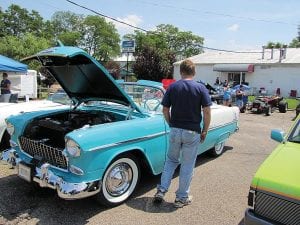