Licking County Genealogical Society is 46 years old. Their next regular meeting is April 1 2019 at 6 pm at the Licking County Library, lower level. Miranda Shield of Records and Archives will talk on the records at the new archive building which you can access to help in your search. Marilyn Norris will have an induction of first family candidate. Program is […] 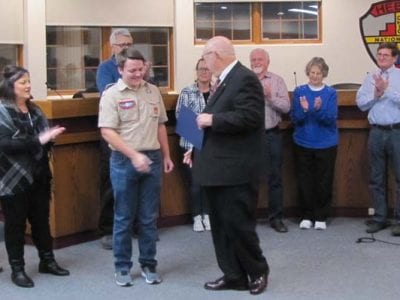 By Charles Prince HEBRON – February 27 was Macray Kester Day in Hebron. Mayor Mike McFarland made the declaration in a ceremony at the February 27 village council meeting. The Lakewood junior was honored for achieving Scouting’s highest rank of Eagle. McFarland thanked Macray, the son of Kevin and Mindy Kester, for his service to the community. For his Eagle […] 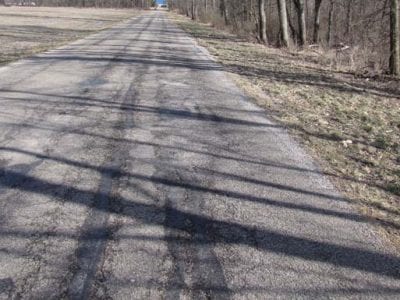 By Charles Prince MILLERSPORT – Walnut Township Trustees are considering joining with several other Fairfield County townships to adopt and most importantly, enforce, a property maintenance code. Trustees are increasingly frustrated with their inability to address dilapidated and/or junk-ridden properties. For example, later in the meeting they spent nearly 30 minutes discussing the contents of a letter to the owners […]

HEBRON – Lakewood School District is hosting its second “Let’s Talk…” community forum at 6 p.m. on Monday, March 11, in the high school auditorium. The forum will also be live streamed on Facebook. This is an excellent opportunity for residents to ask questions about the $39.8 million bond issue on the May 7 ballot to replace the now 104-year […]

COLUMBUS – Boating season is just around the corner! During the week of March 17-23, the Ohio Department of Natural Resources (ODNR) and the National Association of State Boating Law Administrators (NASBLA) are encouraging boaters to Spring Aboard by enrolling in a boating education course. “Education is key to having a safe and enjoyable day on the water,” said ODNR […]

Richard Allen Jenkins, 78, of Baltimore, died comfortably with family by his side on March 6, 2019. He was born on May 17, 1940, to the late Bert and Mildred Jenkins in Cambridge. Richard was a proud veteran, serving in the United States Navy. He worked for 39 years for ODOT, was a member of the Free Masons, Shriners, and […]