Compiled from selected police activity reports. Buckeye Lake • Dec. 7: Police contacted the father of a juvenile who was throwing rocks, nearly striking another child. • Dec. 7: A Highland Avenue woman reported her fence was damaged. A refuse truck may have caused the damage. • Dec. 8: Police were called about a man who jumped into Buckeye Lake. […] 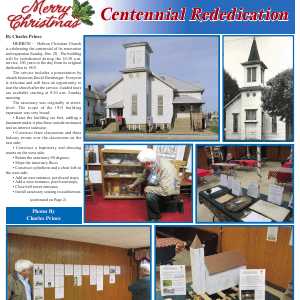