Wash hands to prevent getting sick

ODOT is ready for winter


COLUMBUS – Winter officially arrives Saturday, Dec. 20. After a mid-November snowfall, central Ohio has been basically snow free, but snow is forecast before Christmas. At ODOT, there is an expression that the first is the worst; meaning no matter the amount of precipitation, folks need to remember how to drive in ice and snow. Slow down, keep plenty of […] 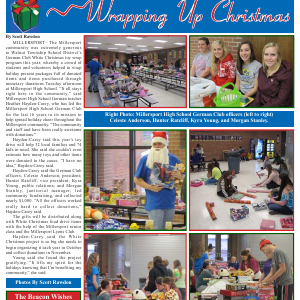