BUCKEYE LAKE – Buckeye Lake Village Council is ready to get the wreaking ball swinging. During a special meeting Saturday, council approved appropriating $50,000 to front the money needed to demolish up to ten derelict houses as part of the Move Ohio Forward Grant program. On its own, Buckeye Lake will need to determine the costs for demolition and associated […]


Events Dawes Arboretum – Ohio 13, three miles north of I-70. Little Buckeye Imagination Sessions – Wednesdays through August at 2 p.m. Learn with a group as the creative educators at The Dawes Arboretum bring children closer to the wonders of the natural world. Subjects include trees, flowers, weather and many creatures great and small. An assortment of fun pursuits […]


STATE COLLEGE, PA ¸– AccuWeather.com reports July has been a month of blistering heat and relentless drought across much of the county. Now that the month is over, what do the numbers reveal? Preliminarily, an astonishing 4,313 record high temperatures were reached across the country for the month of July, according to NOAA and the National Climatic Data Center. Two […] 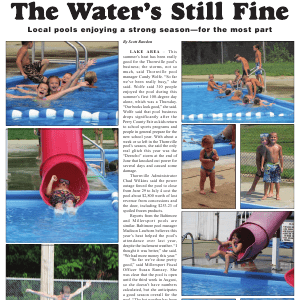