A funeral service, celebrating the life of Stephen Rual VanHorn, 60, of Kirkersville, was held November 10, 2010, in the chapel of The Hoskinson Funeral Home, with Pastor Glen Gram as celebrant. Burial with full military honors by AMVETS Post 51 of Thornport, followed at Kirkersville Cemetery. Steve was born on June 9, 1950, in Charleston, WV, to the late […]


Compiled from selected police activity reports. Buckeye Lake • Nov. 4: A Hilton Avenue woman reported threats. She said her boyfriend was jealous of a male friend accompanying her and the boyfriend made threats toward her. • Nov. 4: A Park Street woman told her live-in boyfriend to leave because he was acting in a threatening manner toward her. She […] 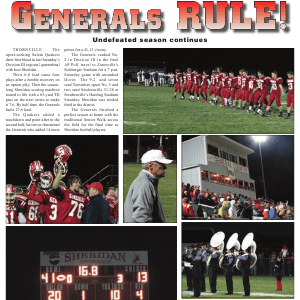