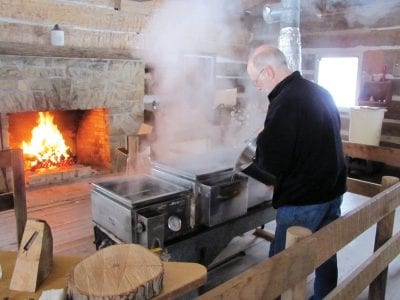 JACKSONTOWN – Dawes Arboretum botanist David Brandenburg said that bottle of pancake syrup bought at the grocery store may contain no maple syrup at all. In fact, it may be sweetened with a product commonly found in Indian and Near Eastern cuisine, he said, as he poured another bucket of sap into Dawes’ sugar shack boiler. Tuesday morning was Brandenburg’s […]

Letters to the Editor


Your letters are welcomed and encouraged. We prefer typewritten letters of 250 words or less. All letters must be signed and include your name, address, and a daytime phone number where we can reach you for confirmation purposes. All letters published will include the writer’s name and community. Addresses and phone numbers will not be published. We reserve the right […]

Thanks to all Auxiliary members


Editor: This is an open letter to the members of the Buckeye Lake Ladies Auxiliary FOE #2801 in response to questions concerning a Letter to the Editor in he Feb. 20 issue of The Beacon in which one of our members was thanked for her volunteer activities. This was not something that the president or the secretary decided to do. […] 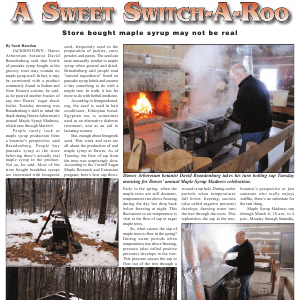