Compiled from selected police activity reports. Buckeye Lake • Sept. 25: Police received a call about a male throwing objects in the road. • Sept. 25: A Glenford motorcyclist was stopped for spinning his tire on his way out of the Pizza Cottage parking lot. He was driving under suspension with false plates, and he was charged with reckless operation. […] 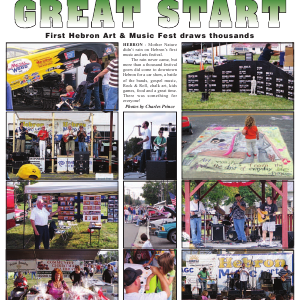