Flossie Marie Crago Stilwell, 82, departed earth for her heavenly home of peace and rest on Friday, Sept. 19, 2008, at the Pickering House. She was surrounded by her family, the most important people in her life. Flossie was born Nov. 14, 1925, in Frankfort, the youngest daughter of Percie and Laura Crago. Flossie was a member of St. Michael’s […]


Compiled from selected police activity reports. Buckeye Lake • Sept. 11: Seymour Avenue. residents told police that Hayden David Sloan, who lived in a Shepard Avenue residence in Walnut Township, threatened them. Sloan, who was living as a guest at the Shepard Avenue home was killed that evening by the resident who later committed suicide. • Sept. 11: A West […] 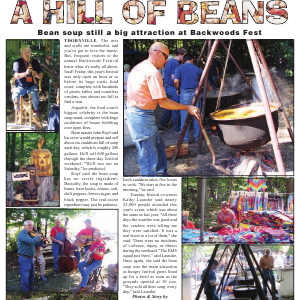