A graveside service for Ruth E. Stewart, 86, formerly of Millersport, was June 3, 2008, at Glen Rest Memorial Estate, 8029 E. Main St., Reynoldsburg. Ruth died Sunday, June 1, at The Woodlands in Columbus. She was born on May 24, 1922. She had retired from J.C. Penney where she worked as a personnel supervisor. Ruth was preceded in death […]


Compiled from selected police activity reports. Buckeye Lake • May 30: A Walnut Road woman was arrested on a warrant for failure to appear in court. • June 1: A Cliff Street man said someone destroyed three of his home’s window screens. Nothing appeared to be removed from inside the house. • June 1: A Smith Street woman called about […] 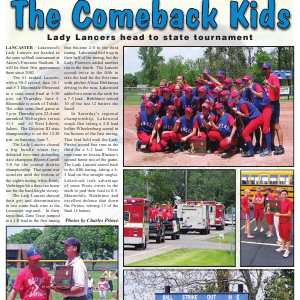