A graveside funeral service celebrating the life of Bonnie June Shrivers, 75 of Buckeye Lake, will be held Monday, March 5, 2007, at 1:00 pm at the Kirkersville Cemetery. Bonnie passed from Earth to her heavenly home on February 27, 2007. Bonnie June was born March 28, 1931, in Newark, and lived most of her life in Buckeye Lake. She […]


Buckeye Lake + Feb. 11: A Walnut Road man reported someone stole 25 CDs from his vehicle. + Feb. 11: Police questioned a Union Avenue man whom officerssuspected was trying to break into parked vehicles. The man denied doing so and officershad insufficient evidence to detain him. + Feb. 11: A Newark man assaulted a woman in the parking lot […] 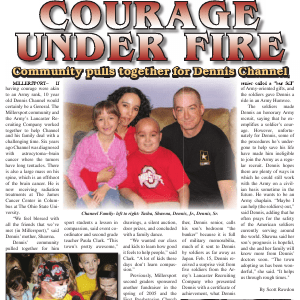